USWNT We Got Our Asses Kicked Didn39;t We?39; Reels After Olympic 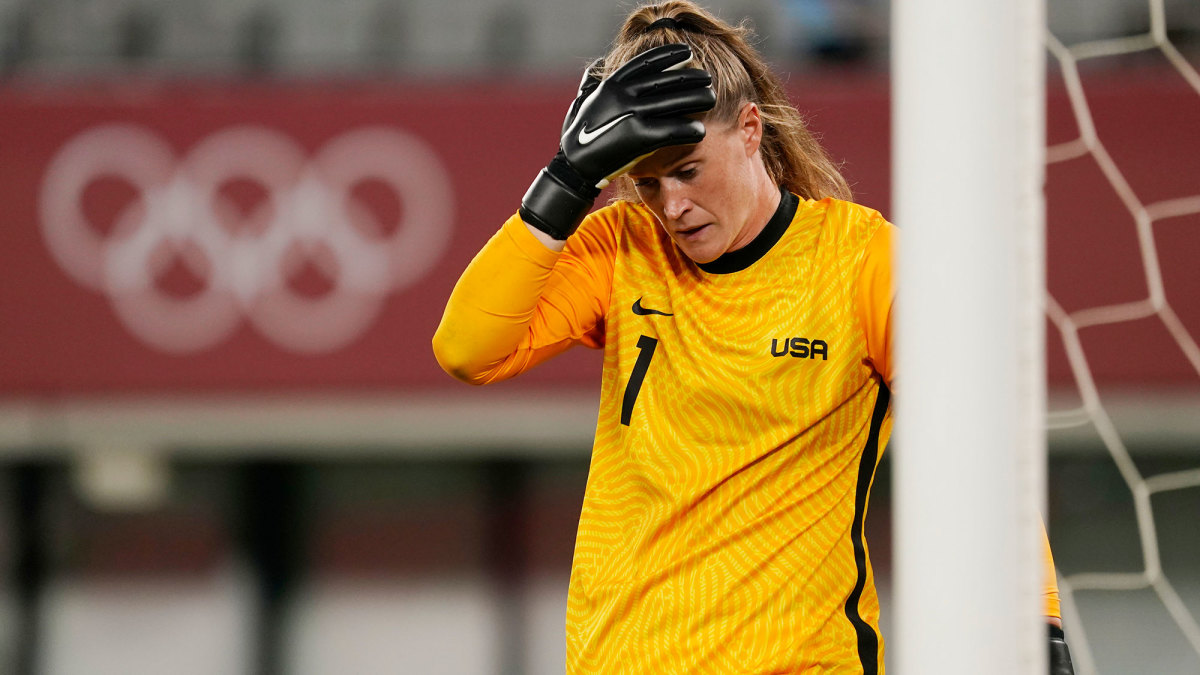 For the last five years, even as the U.S. women’s soccer team won a World Cup and rattled off victory after victory, its quarterfinal Olympic exit to Sweden has lingered.

It lingered in the run-up to the two sides’ meeting at the 2019 Women’s World Cup (the United States won, 2–0, against a less-than-full-strength Sweden XI). It lingered ahead of an April friendly in Stockholm, a pre-Olympic test for both heavyweights (the two sides drew, 1–1, after a late penalty by the U.S.). And it lingered—of course—as the countries returned to the scene of the crime, with the USWNT fittingly opening up its Tokyo Olympics run against the same opponent it left off against in 2016 on a field in Brasília, stunned after its earliest elimination ever in the tournament.

On Wednesday, Sweden took that enduring narrative and kicked down the door, setting an unsettling Olympic tone for the U.S. and giving itself a leg up in its own quest for gold.

Dominating in just about every facet, the Swedes put on a clinic against the world’s No. 1-ranked team, executing a note-perfect game plan in a 3–0 win that exposed the United States in a way that even the ‘16 iteration of Sweden did not come close to doing.

“We got our asses kicked, didn’t we?” forward Megan Rapinoe, who subbed on in the 64th minute Wednesday with her team already down 2–0, succinctly said afterward.

From the start, you could sense something was amiss with Vlatko Andonovski’s team, normally the one stepping on the gas pedal from the first whistle and never letting up. “Off days” for the U.S. are usually code for days when it struggles to finish chances, eventually figuring it out enough to build what had been a 44-game unbeaten streak and a torrid run across the last four years, when its only defeat came to France in January 2019.

But in Tokyo, it was the U.S. that was put on its heels almost immediately, repeatedly succumbing to Sweden’s relentless pressure and disruptions and failing to generate any kind of cohesive attack.

Missing star Julie Ertz—who entered the Olympics as a major question mark, having not played since May due to a knee injury—the normally formidable U.S. midfield was thoroughly outplayed in the first half, and the defense sliced and diced amid uncharacteristic games from the likes of Crystal Dunn and Abby Dahlkemper. Pointed halftime subs by Andonovski—bringing in Ertz for Sam Mewis and Carli Lloyd for striker Alex Morgan—did little to change the match trajectory and failed to stop the bleeding as the Swedes tacked on two more.

Back in 2016, Sweden received plenty of attention for the defensive style of play that successfully led that game to penalties and cracked the U.S.’s code, including then-U.S. goalkeeper Hope Solo’s famous postgame remarks.

No one could make a similar accusation this time. Sweden was brave and assertive, discombobulating the U.S. in a way few opponents can and consistently applying attacking pressure on the Americans and GK Alyssa Naeher. And while Naeher made a series of highlight-reel saves early—and kept the game from being an even worse blowout than 3–0—there was little she could do to stop an onslaught that grew increasingly inevitable.

The United States’s chances, meanwhile, were few and far between, summed up by the fact that it took nearly an entire half for the team to earn its first corner kick. Attempts by Rose Lavelle and Christen Press that clanged off the post were about as riveting as it got for the U.S. attack, normally so potent and unyielding but held to five shots on goal by the Swedes, who were playing without star center back Magdalena Eriksson.

“We need to learn from our mistakes this game and then we need to move on. We need to forget about it,” Morgan told Telemundo. “We need to take each game as it comes and then obviously it's taking care of our bodies because it's a shorter tournament than a World Cup, so the turnaround is a lot faster.”

The U.S. arrived in Japan with a clear expectation—anything less than its fifth gold medal will be a disappointment. Andonovski opted for a battle-tested—and also older—roster filled with experience; of the original 18 that made the cut before rosters expanded to 22, only 30-year-old Kristie Mewis was not a part of the 2019 World Cup-winning squad. This is a team that has long embraced and prided itself on its ruthlessness, its confidence and its will to win. It has felt defeat just four times since that 2016 Olympic exit, three of which came during a five-month period in 2017 when the team’s seeming invincibility displayed real cracks and had then-coach Jill Ellis on thin ice.

The response to that rough patch—losing just once in the four years since—is a testament to the group’s mentality and resiliency. Those traits will now be fully tested in Japan, where the U.S. still controls its own destiny but has complicated its path to the podium.

Sweden is now in the driver’s seat of Group G with two group-round games for both (vs. New Zealand and Australia) remaining. The winner of the group will face a third-place team from one of the other two groups in the quarterfinals, while the runner-up gets a difficult draw with the Group F winner, very likely to be the Netherlands or Brazil (third place would not necessarily doom the U.S., either, as eight of the tournament’s 12 teams advance to the knockout rounds).

Brutal draws are nothing new for the USWNT—look no further than its ’19 World Cup run, when it took down host France in a raucous quarterfinal atmosphere before winning a slugfest with England in the semis—but it hasn’t had to answer to such an early disappointment at a major tournament in quite a long time. And aside from Lloyd and Tobin Heath, the current roster is in uncharted waters.

“2008 Olympics, I was part of that team, we lost our first game as well and came away with a gold medal,” Lloyd told Telemundo after Wednesday’s defeat, recalling the U.S.’s 2–0 opening loss to Norway in the Beijing Games. “It's really, really important for us not to dwell too much on this game.”

There won’t be much time to, with New Zealand waiting on Saturday before a group-stage finale vs. Australia on Tuesday. The U.S. will be favored to win both, and New Zealand in particular presents an excellent opportunity to bounce back nicely and get itself on track. With the need for lineup rotation, it will have to be a true team effort on Saturday after Andonovski put what was seemingly the U.S.’s best foot forward against Sweden.

Ultimately, the U.S. women will be judged by one thing in these Games—whether or not they bring home the gold medal that they failed to in Rio. To get there, they might not be done with the Swedes, either. Presuming they finish 1-2 in the group one way or another, when is the next time these two sides could possibly meet, and further add to their decorated rivalry?

You want story lines? Nothing could quite beat that. 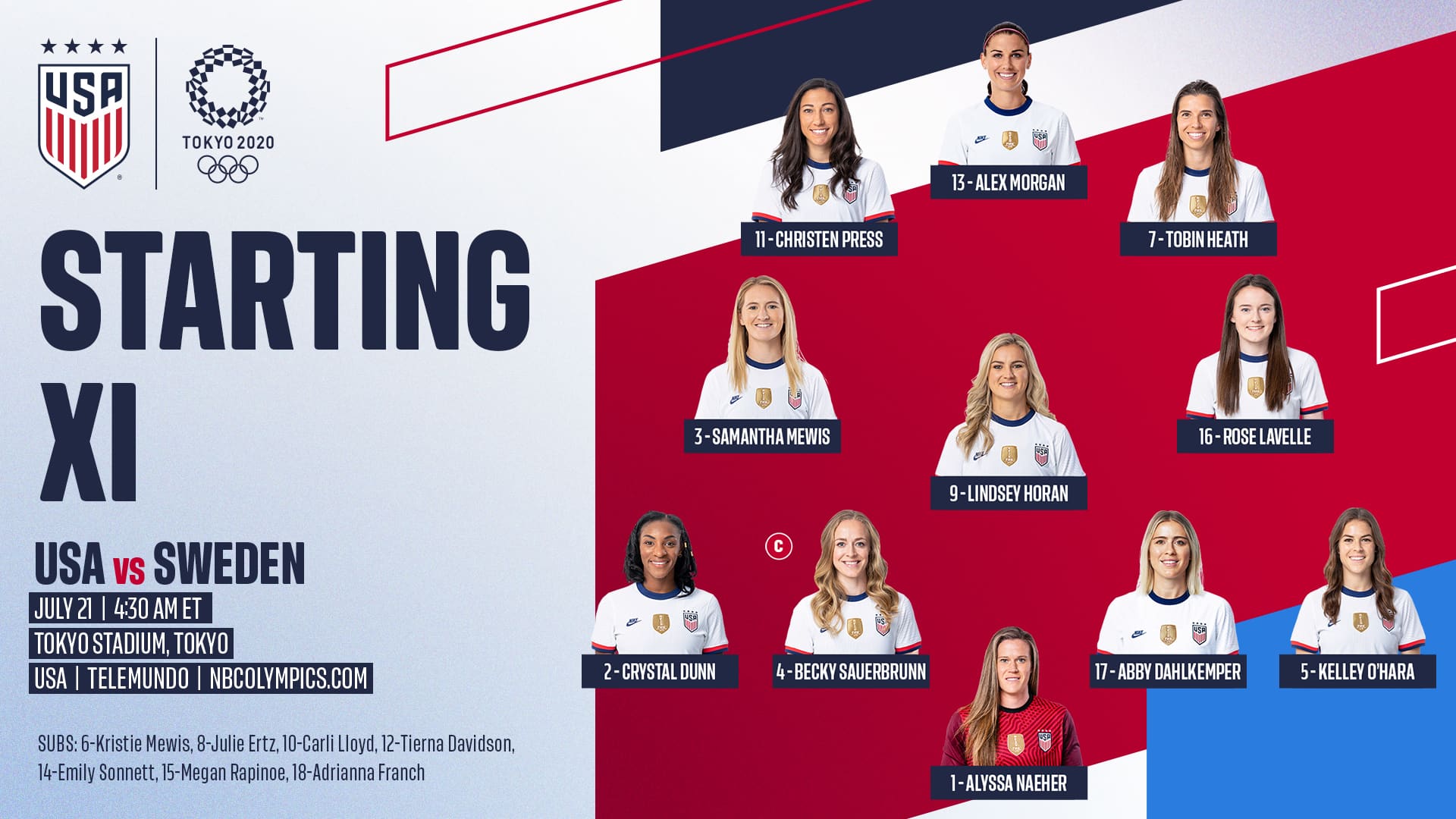 Olympics When is the opening ceremony? Start date and UK time for

Wildfires prompt evacuations along the West Coast and hazy

USWNT Tokyo Olympics player ratings USA struggle all over the

USWNT Carli Lloyd scores after 24 seconds as ease past Jamaica