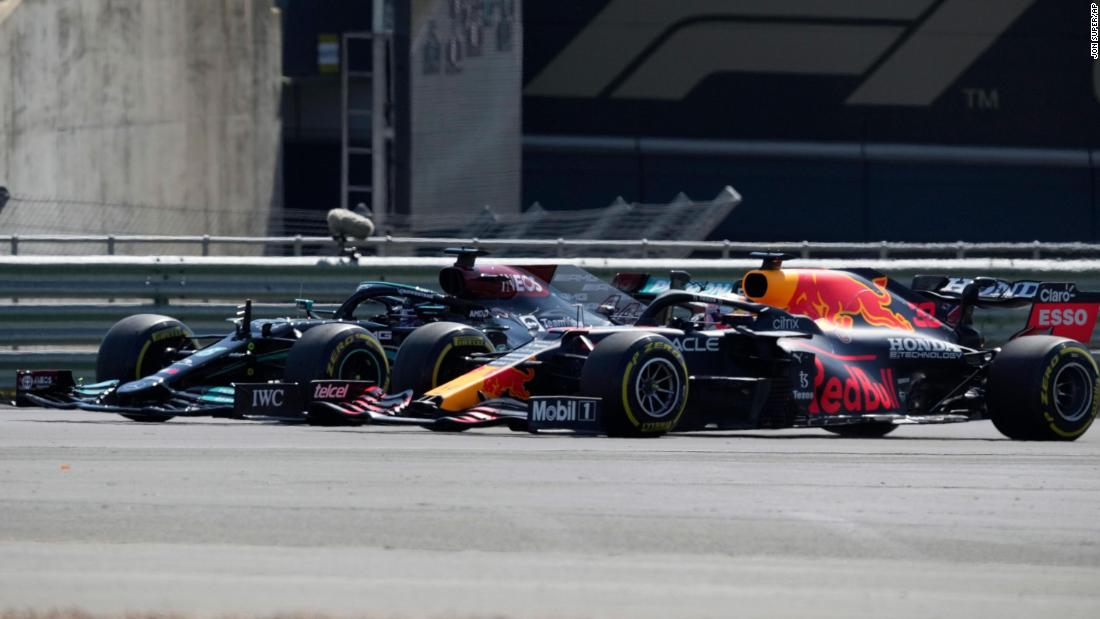 It was inventible that the feud between Lewis Hamilton and Max Verstappen would hit a boiling point. At Sunday’s (July 18) Formula 1 British Grand Prix, that boiling point simmered over.

Max Verstappen, who won the sprint race to score the pole, was taken out in a first-lap crash after contact from Hamilton sent the Dutchman into the barrier at high speed. Verstappen climbed from the car under his own power, but was taken to a local hospital for further evaluation as a precaution.

The title rivals come together at Copse, pitching Verstappen into a high-speed crash.

The Dutchman was able to walk away but he has been taken to hospital for precautionary checks#BritishGP 🇬🇧 #F1 pic.twitter.com/ol1s9dRJoa

Sebastian Vettel was the race’s one other DNF.

On the initial start, Verstappen would get away cleanly. With Hamilton in hot pursuit, the drivers collided upon entering Cobbs. The contact sent Verstappen hard into the barriers and for his involvement, Hamilton was hit with a 10-second penalty that he served during his first pit stop.

Upon the restart, Leclerc dominated. He led almost the whole race but midway through the grand prix Leclerc reported an engine issue which allowed Hamilton to close up. However, nothing Hamilton did could help him pass the Ferrari. After the first set of stops, Leclerc held his lead with Bottas and Hamilton giving chase.

After Bottas was ordered to let his teammate past, it was game, set and match. Hamilton closed up the 10-second gap in no time and with two to go, he passed Leclerc in the same corner that he made the contact with Verstappen. Hamilton shot on by and vanished into the sunset to claim the win, his fourth on the year and eighth all time at Silverstone.

“It was such a physically difficult race. I’m so grateful to the fans, this is a dream for me today to do this in front of you all.” Hamilton said. “Amazing effort from the team. I’ve been giving it my all, all week, back in the factory, trying to find performance. I always try to be very measured. Max, he’s very aggressive. Regardless of whether I agree with the penalty, I just kept working.”

For Leclerc, his third career win seemed so close but just wasn’t meant to be. With the struggles Ferrari has had since 2020, the Monegasque driver reflected on a hard fought result.

“It’s difficult – of course it was an incredible race. I gave all of me, but it was not enough in the last few laps.” Leclerc commented. “Congratulations to Lewis, he did an incredible job. We didn’t expect it – not to be as competitive. Overall, it was much stronger than we were used to.”

While Verstappen failed to score points, teammate Sergio Perez made a late pit stop to nab the fastest lap and keep that valuable points away from Hamilton. Red Bull team boss Christian Horner was livid at the contact with Hamilton, reaming that the 10-second penalty was not enough.

“Thank god he [Max] walked away, he’s in the Medical Centre but he walked in there himself.” Horner said. “For me it’s very clear, Lewis has stuck a wheel in at one of the fastest corners on this calendar. He knows you don’t do that.”

With this finish, Hamilton has closed the gap to Verstappen to around seven points heading into the Hungarian Grand Prix. Hamilton is the defending race winner with eight total victories, the Red Bull’s will look for the first victory at the Hungaroring in nearly a decade.

The 2021 Hungarian Grand Prix will get underway at 9 a.m. ET on August 1. Will the tensions continue to boil over at Hungary? The fans will be waiting for that answer.

Thanks for choosing to comment on this article. A name and email address are required to post a comment. The email address is not publicly visible or shared. Please keep in mind that comments are moderated according to our comment policy. Comments from first time commenters are automatically held for moderation by Frontstretch staff.

Thanks for choosing to comment on this article. A name and email address are required to post a comment. The email address is not publicly visible or shared. Please keep in mind that comments are moderated according to our comment policy. Comments from first time commenters are automatically held for moderation by Frontstretch staff.

Way to go Lewis! Not only are F1 drivers the best in the world, they are more aggressive than NASCAR drivers when they need to be,