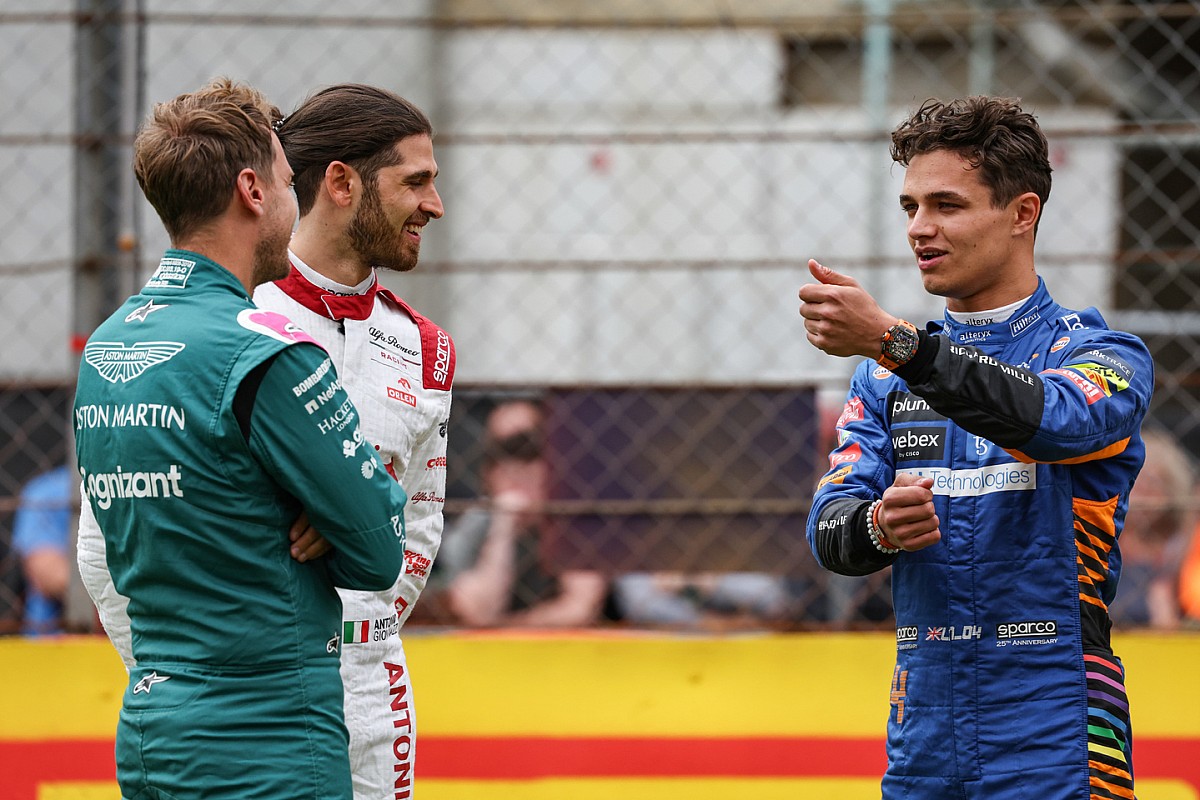 As the F1 circus braces itself for its first sprint race experiment at this weekend’s British GP, there is still some uncertainty about what kind of impact the format shake-up will have.

But with teams and drivers having worked hard in the build up to Silverstone to better understand the implications, there is some consensus about what they expect to happen.

The first is that fears of a complete lack of action in the sprint, with drivers not willing to risk a good grid position for Sunday’s main event, are unlikely to materialise.

A number of F1 drivers think that there is enough incentive for some to want to push forward – plus the opportunities offered for easy gains in the early stages are huge.

Ferrari’s Carlos Sainz Jr said: “Honestly, knowing F1 drivers and the way we act in starts on lap ones, I don’t think for those first six or seven corners we are going to think too much about Sunday.

“At for least me, I think I’m going to just go for it. But once the race settles down, yes, maybe we start thinking about Sunday.

“I’m just talking from my personal point of view. I don’t think on the approach to Turn 3, I’m going to be thinking, ‘Oh it’s the race tomorrow.”

But once the race settles down from that point, then Lewis Hamilton’s earlier prediction of there being a ‘train’ of cars may come true.

Alfa Romeo’s Antonio Giovinazzi said: “For the first few corners you will just think to gain positions. But then for sure you will not risk anything maybe during a race, so no stupid movement during the race.”

One factor that the new sprint format has taken away is the requirement for the top ten drivers in the GP to start on the tyres they qualified on – which has sometimes opened up races.

With everyone now having free choice for the start on Sunday, Aston Martin’s Lance Stroll thinks that a big strategic element of the GP could be removed.

“These are different things that we haven’t really experienced before and I think the sprint race could create a mixed up grid for the main race, we will see,” he said.

“It could just be really boring and change nothing. I’m looking forward to something a bit different. Unfortunately with tyres in the main race, it could be more straightforward for everyone in terms of strategy, so that might make the race on Sunday a bit dull. But we will have to wait and see.”

Perhaps the biggest implication of the sprint race format is not actually the spectacle on Saturday, but more the impact it has on the rest of the weekend.

With now just a single practice session before Friday evening’s qualifying session, there is much less time for drivers and teams to fine-tune their setups which could mean bigger disparities of performance.

As Ferrari’s Charles Leclerc explained: “FP1 will be crucial. I think it will be pretty busy, but very, very important to try to understand the car and then try to do the setup work before qualifying.”

Valtteri Bottas added: “We only have one session to find the setup, and then you’re kind of stuck with it for the rest of the weekend.

“Both me and Lewis, we’ve been in the simulator earlier this week trying different approaches and I think now we have a pretty good understanding, in theory, how should we start the weekend in terms of setup.”

But no matter how much preparation has been done, and what expectations are for F1’s first Sprint trial, the fact it’s an experiment shows that there is still much uncertainty about what lies ahead this weekend.

How to become a Race Engineer – Qualifications, skills & more 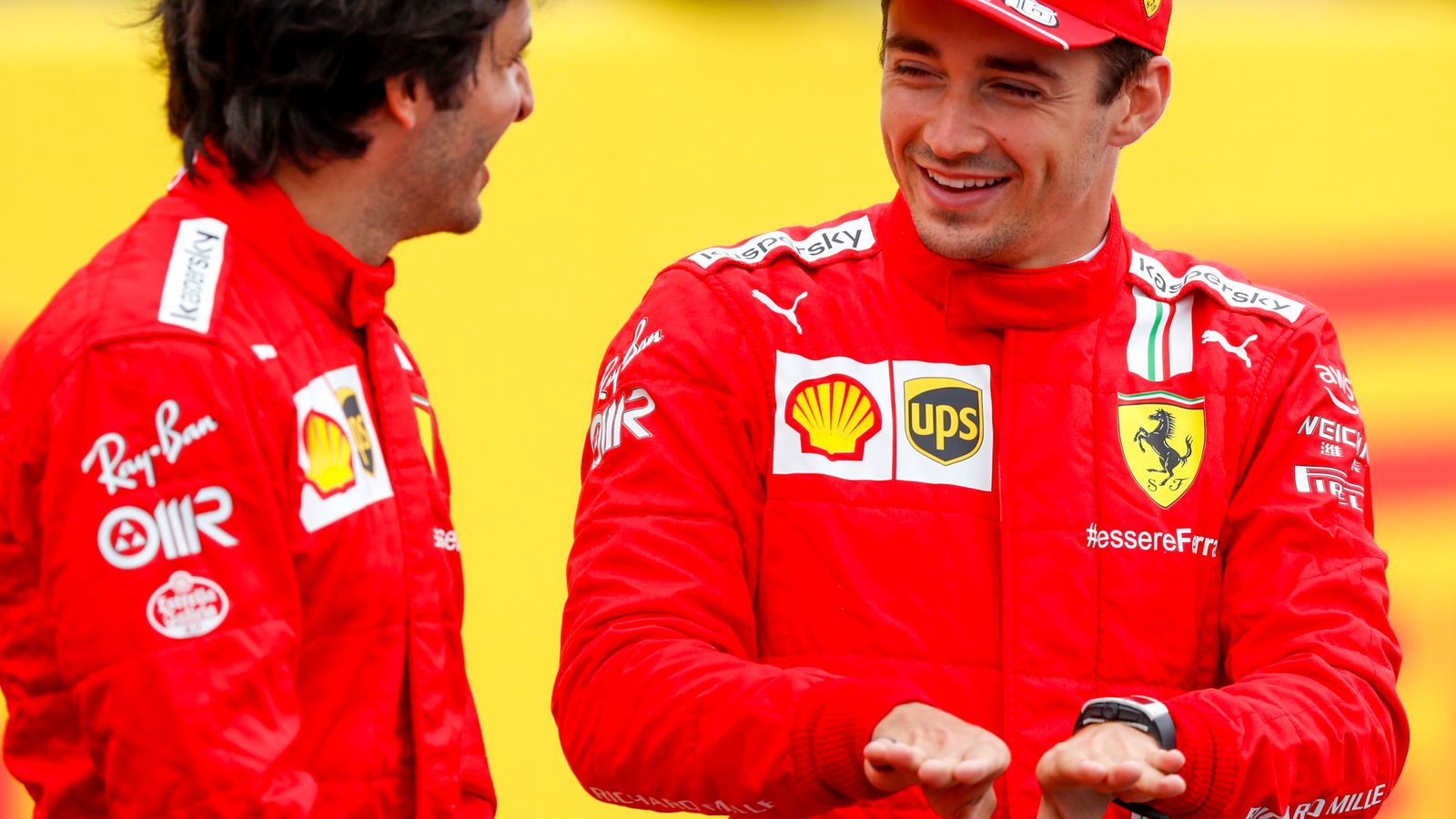 How F1 sprint could deliver mega seven corners – and a "dull" GP Fri, 16 Jul 2021 13:00:00 +0100-Formula 1's stars are relishing taking on the Silverstone "unknown" this weekend as the British GP debuts an all-new format, with drivers describing the unique … 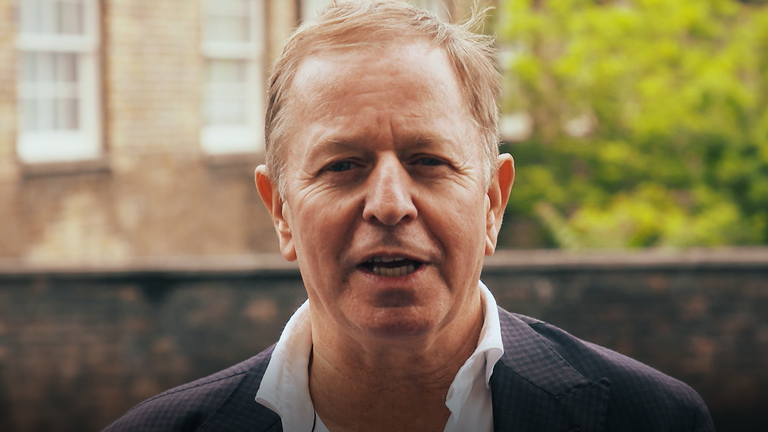 The Sky Sports F1 team explain what and when to watch live with us from Silverstone on Friday, Saturday and Sunday at the British GP

Formula 1's stars are relishing taking on the Silverstone “unknown” this weekend as the British GP debuts an all-new format, with drivers describing the unique two-race schedule as “exciting” and “high risk”.

Anticipation has been building in the paddock this weekend ahead of the maiden F1 Sprint, which is transforming the usual format.

All live on Sky Sports F1, qualifying takes place on Friday night at 6pm, before a short 17-lap race on Saturday at 4.30pm to set the grid for Sunday's showpiece British GP at 3pm.

It's a must-watch weekend and it also presents quite the challenge for the 20 drivers, who offered their thoughts on the new format ahead of its maiden F1 voyage.

Lewis Hamilton: We needed to try something new

“I'm excited about it. I've been complaining about the format for a long time, the one we have, because it's been the same four days for years. 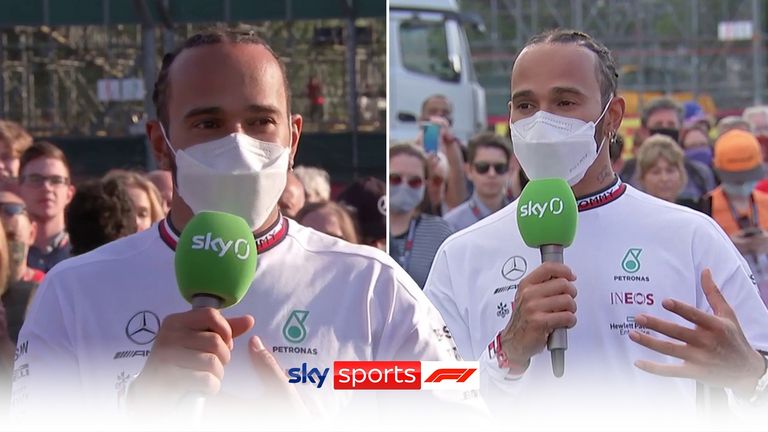 Despite trailing Max Verstappen by 32 points, Mercedes driver Lewis Hamilton is relishing the battle against Red Bull this season

“I love that they're trying something new, hopefully whatever we discover this weekend, we can be more dynamic in these other races moving forwards, and make the sport more exciting moving forwards.”

“In Sprint Qualifying, there is a high risk in that race. Because any problems you may have, any contact or whatever, we have an implication on the Sunday race if you start at the very back.

“So we need to risk, yes, take every opportunity and make some places, but at the same time with a bigger margin than the race on Sunday.”

“It's definitely going to be interesting. I think it's all a bit of an unknown for everybody, but we're in a good position.

“I think there will be a lot of midfield drivers taking a bit of caution in that [Sprint] race because they will just want to finish and be in a good position for Sunday's race.

“For us who are just sort of fighting in the P12 to P15 range, it probably offers an opportunity to go slightly more on the attack and take advantage of those drivers who are just trying to secure a sensible place for Sunday. There's always opportunities and we've got to be the ones to make the most of it.”

“It's going to be a bit weird, no? You have to be straight on it right from the start so it should be exciting. It's something new, and something new can be exciting. We'll see how it turns out, lots of unknowns but let's give it a go. I think the key is you finish the race, otherwise you start last for Sunday.

… but 'pole' shouldn't be awarded to Sprint winner

“But obviously it depends. If this is a one-off, then it doesn't do much harm.

“But, if we end up having 10 sprint races next year or in the future, then I think it's just a bit weird. Pole position should go to the guy who goes fastest in one lap.” 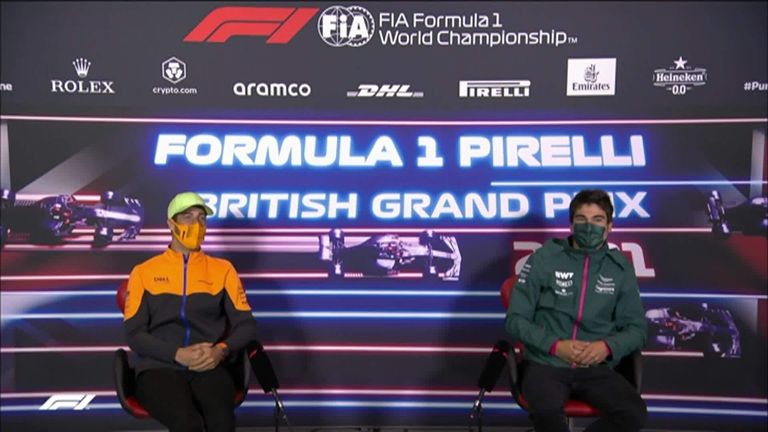 “If you start at the front then you might be a little, I don't want to say cautious, but you may not take as many unnecessary risks, whereas if you're a bit further back you see it as an ample opportunity to gain some positions at the start.

“My starts have been good this year so I'm embracing having a chance to have two race starts this weekend and go from there.

“I'm excited, I think it's good we're experimenting and trying to improve the sport. Whether it's great now, it doesn't mean it can't be great in the future.”

“Practice will be crucial, I think it will be very busy but very, very important to try and understand the car, try to do the lap setup work before qualifying and then that's it, you get to stay with that car for the rest of the weekend.

“So it's very important to set up your car for the weekend. It's one of our strengths, though, we are very good at preparing the car so hopefully we can take advantage of that and have a good weekend.”

GB News ees zero viewers39; on some shows after boycott over

F1 Norris stewards should have rethink after unfair penalty