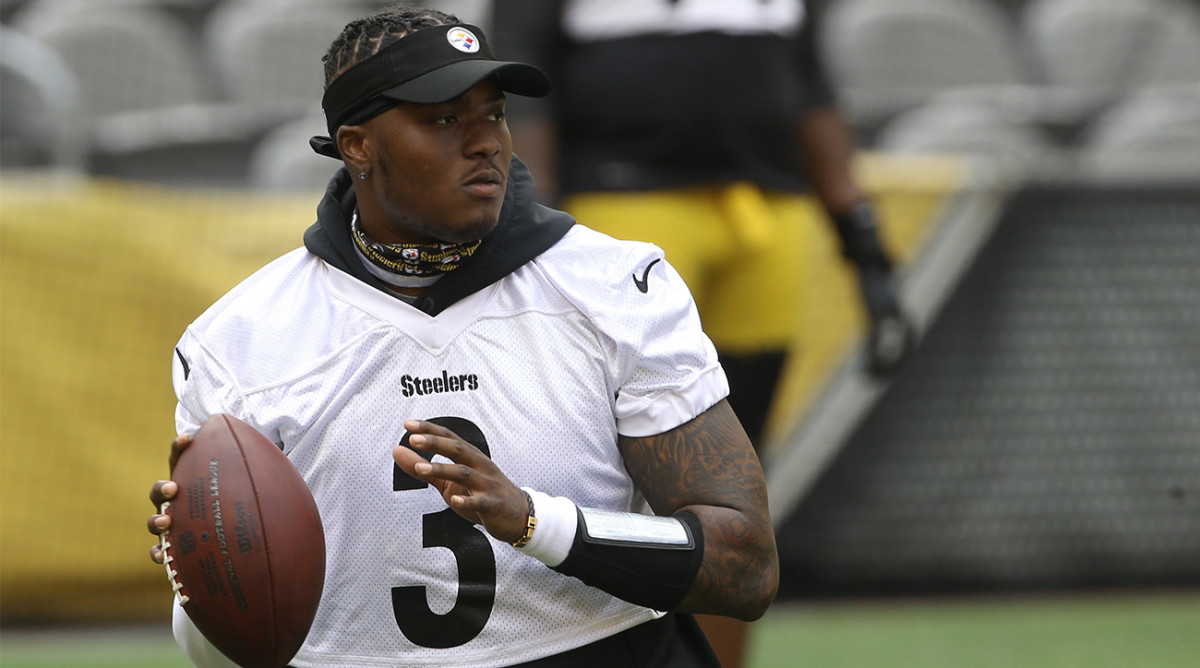 Kalabrya Gondrezick-Haskins, the wife of Steelers quarterback Dwayne Haskins, is facing a domestic violence charge after an alleged incident in a Las Vegas hotel room earlier this month, according to Las Vegas' KTNV television station.

Gondrezick-Haskins faces a felony charge of battery and domestic violence resulting in bodily harm stemming from the alleged altercation on July 3 at The Cosmopolitan.

According to multiple reports, when police searched the hotel room, authorities found a piece of a tooth in the bedroom next to the closet. The police report also describes Haskins' injuries as “substantial in nature,” per KTNV, saying that the Steelers quarterback had a split upper lip that would require stitches and a missing upper tooth. It also says his mouth appeared bruised and “would most certainly require dental work to repair his teeth.”

According to reports, police were called to the hotel around 2:30 a.m. PT and Haskins was taken to the hospital for facial injuries.

In the report, Haskins told police Gondrezick-Haskins was mad at him for going to a nightclub with his friends and not waiting for the entire group. He said the two got into a verbal argument, but that he didn't remember getting punched in the mouth.

“We are aware of the situation but will have no comment,” the Steelers told ESPN when asked for comment.

Gondrezick-Haskins told police the pair married in March and were in Las Vegas to celebrate with friends and renew their vows.

She is scheduled to appear in court on Aug. 3.

Haskins, a former first-round pick of the Washington Football Team, signed a one-year contract with the Steelers last January.

The wife of Pittsburgh Steelers quarterback Dwayne Haskins was arrested in Las Vegas and faces a domestic violence charge from an alleged assault earlier this month, according to multiple news reports.

Kalabrya Gondrezick-Haskins was booked on a felony charge of battery and domestic violence.

Haskins suffered a split upper lip and a missing tooth during the July 3 incident at The Cosmopolitan of Las Vegas. He was treated for facial injuries at Sunrise Hospital and Medical Center, according to KLAS and KTNV in Las Vegas.

According to the reports, Haskins told officers that he had arguments before with his wife but nothing had gotten physical.

Haskins-Gondrezick is due in court Aug. 3.

Haskins, 24, was signed by the Steelers after he was released by the Washington Football Team last season. He is expected to compete for a backup job behind Ben Roethlisberger.