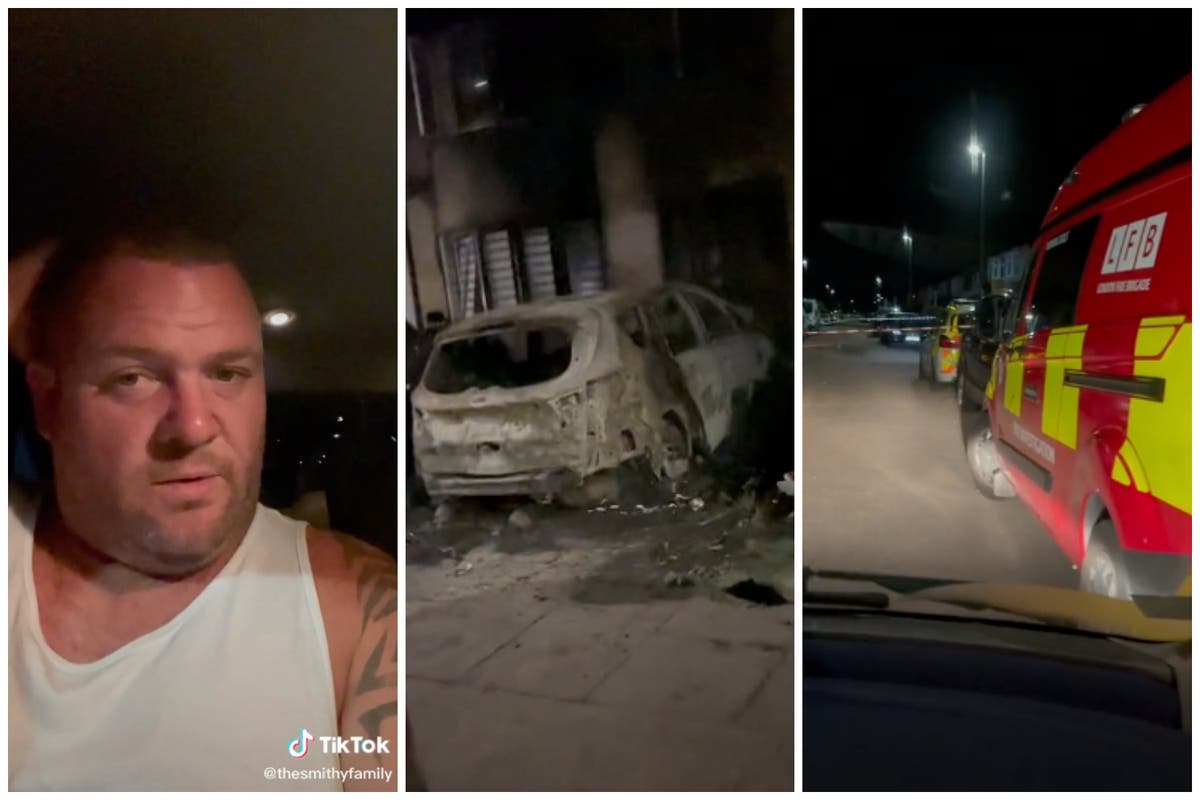 TikTok: The Smithy Family reveal their house was burned down in … Thu, 15 Jul 2021 13:00:00 +0100-A TikTok-famous family from south-east London claim their house was badly damaged in a targeted arson attack.

The Smithy Family, from Bexleyheath, have entertained more than 2.5million followers with amusing videos during the pandemic.

Dad Nick and mum Jess were forced to grab their two young daughters Amelia, 6, and Isabella, 9 and a newborn baby boy when they realised their car was on fire at around 10pm on Wednesday.

The couple say that their soaring popularity has sparked online trolling and doxxing, the sharing of their personal data online, leading to unwanted takeaways and even escorts turning up to their house.

Father Nick Smith, who gave up his day job as a builder to become an influencer, broke down in tears in a video filmed outside the charred semi-detached house.

He said: “I’m doing this video because people have already uploaded videos of the fire.

“We all got out of the house ok. Kids are fine…Me and Jess are fine, the dogs are ok.”

Breaking into tears he says: “The house a’int ok. Jess and the kids are in a safe place.”

He took aim at two people he claims started the blaze: “To the two people who done this. You could’ve killed our family. And not only our family but our neighbours, my friends. It’s unforgivable.”

Trolls replied to the video warning Nick that it was time for him to leave social media to protect his family.

The family post amusing clips showing off their home life, with joker Nick dressing up in tights and once getting a Gareth Southgate tattoo on his leg.

The family had recently built a pool in the back garden thanks to sponsorship from their videos.

London Fire Brigade said the exterior and guttering of the house were destroyed as well as a car in the drive and five mobility scooters.

The blaze spread to a neighbour’s house damaging a first-floor window fascia and drains.

The force said were no reports of any injuries.

Sub Officer Tim Sammons, who was at the scene, said: “We were called to reports of a car alight that had spread up the outside of the house.

“There were a number of mobility scooters parked outside which had caught alight and were producing a large amount of smoke and flames.

“Everyone was out of the building before we arrived, and crews worked incredibly hard to prevent further damage to the inside of the property and to neighbouring properties. 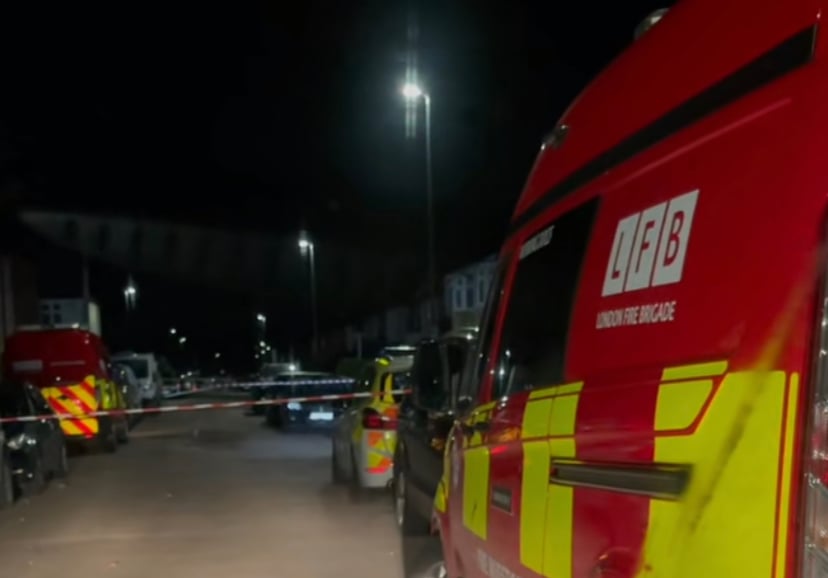 TikTok stars Smithy Family claim arson after car fire spreads to home Thu, 15 Jul 2021 13:00:00 +0100-Tributes are flooding Twitter for The Smithy Family who took to TikTok last night to reveal that their house had tragically burned down in a huge fire.

Tributes are flooding Twitter for The Smithy Family who took to TikTok last night to reveal that their house had burned down in a huge fire.

If you’re on TikTok, you definitely will have heard of The Smithy Family.

The British family from South London consists of former builder and dad Nick, his partner Jess and their four children who all make funny videos and have racked up over 2.5 million followers.

They’re usually known for their lighthearted, comedic skits, but this week they’ve revealed some terrible news.

In the early hours of Thursday morning (July 15th), Nick Smith took to TikTok to reveal some devastating news.

After receiving harassment for months, their family home in South London was set on fire, but thankfully they all got out and no one was injured.

“So I’m doing this video as people already uploaded videos of the fire. We all got out the house ok. The kids are fine, Teddy is fine, Jack and Amy are fine, me and Jess are fine, the dogs are ok. The house ain’t ok,” he said before revealing that everyone was at a “safe place”.

“To the two people that done this and could’ve killed our family, and not only our family and our neighbours, but my friends, it’s unforgivable,” he added.

Nick accused two specific people for purposely setting the house on fire, but at the time of writing this, it is unknown who these people are.

Nick shared a devastating video of the fire

In a second video uploaded to TikTok just minutes later, Nick shared clips of the devastation that the fire had caused.

He walked past a number of fire vehicles and showed that the road had been closed off before showing his family home which was completely black and covered in ash.

In a third video, Nick then showed himself sleeping in his car outside the house, and despite the tragic events of the night, uploaded his usual good morning message to his fans.

“I can’t not do it, it just ain’t in me not to do it, but good morning beautiful people, I hope you have a good day,” he said.

Fans have been taking to Twitter to pay tribute to The Smithy Family and express their support during such a tragic time.

One person wrote: “Woke up to The Smithy Family’s post, lost for words. Some cruel people in this world.”

“I don’t care what you think about the smithy family, setting their house on fire is absolutely a step too far and so so dangerous people could’ve been killed. This is awful, they have kids and a baby,” said another.

A third fan added: “I can’t believe someone did that to the Smithy Family. You don’t have to be like them but that’s just a step too far. So cruel.”

The Open Day 1 Reaction Early starters have their say