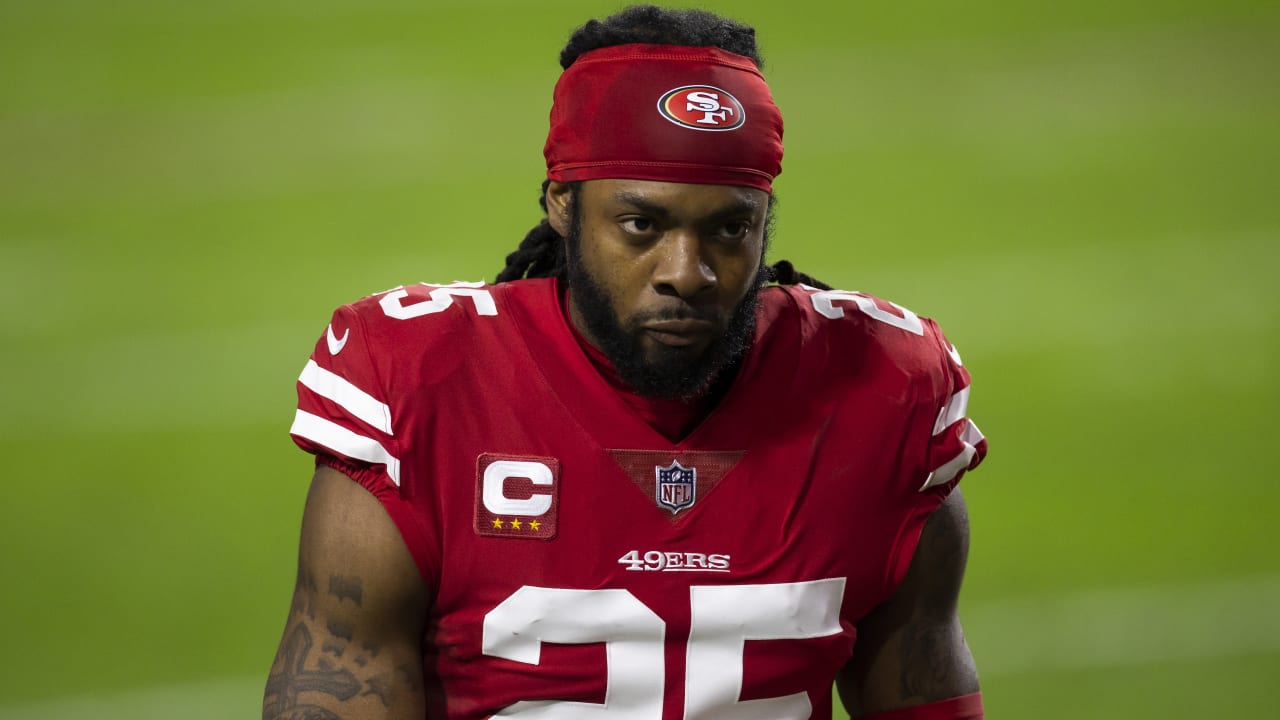 Free-agent cornerback Richard Sherman was arrested near Seattle on Wednesday morning and booked on a charge of burglary domestic violence, according to public records. The 33-year-old veteran was booked in King County (Wash.) Correctional Facility in Seattle at 6:08 a.m. PT and currently has been denied bail, which is standard procedure for anyone arrested on any charge related to domestic violence, per the King County Superior Court Clerk's Office.

A Redmond (Wash.) police news release stated that Sherman allegedly arrived at a family member's house early Wednesday morning and tried to force his way into the home and officers were called onto the scene.

According to Redmond police, when officers arrived Sherman was outside of the house. Per police, Sherman allegedly was not compliant and got into an altercation with officers. A K9 dog was deployed and he was soon after taken into custody, per police.

Redmond police said a secondary police unit, the Washington State Patrol, was also involved in the case. The State Patrol said troopers were called to a single-car collision on a Seattle-area off-ramp early Wednesday morning, in which Sherman's vehicle allegedly struck a cement barrier. The vehicle was abandoned in a nearby parking lot, and a hit-and-run was issued due to the abandoned nature of the vehicle, per State Patrol. Troopers ran the vehicle's license plate, which was linked to the suspect.

Bail may be assigned once Sherman first appears in court, per the King County Superior Court Clerk's office.

“At this time we're going to make no statements, except he didn't harm anybody,” Moss said. “My kids were not harmed in the incident. He's a good person and this is not his character. We're doing all right, just trying to get him out. I want people to know no one was injured.”

The NFL released the following statement on Sherman:

“Free agents are eligible to sign with any team. The league investigates any incident involving law enforcement and if there is a violation of the personal conduct policy the player would be facing discipline.”

The NFL Players Association released the following statement regarding Sherman, who is a vice president on the NFLPA's Executive Committee:

“We were made aware of an arrest last night of one of our player leaders for an alleged domestic violence incident and have activated our domestic violence crisis protocol for the protection and support of everyone involved. We will continue to monitor events closely as more facts are made available to us.”

Sherman spent the first seven years of his career with the Seattle Seahawks. The three-time All-Pro cornerback played the last three seasons with the San Francisco 49ers. Sherman's contract expired following the 2020 season, and he is currently a free agent.