For more than a year, television has been a welcome distraction to those stuck at home during the pandemic. On Tuesday, the Academy of Television Arts & Sciences rewarded those shows that entertained the masses, as well as their creators and stars.

HBO and HBO Max together led the pack with a total of 130 nominations for this year's ceremony. Netflix had the second-most with 129 and newcomer Disney+ had the third-most with 71.

Netflix's “The Crown” and Disney+'s “The Mandalorian” tied for the most nominations on Tuesday with 24. Marvel's “WandaVision,” another Disney+ series, had 23.

Newcomers to the outstanding drama category include Netflix's “Bridgerton,” HBO Max's “Lovecraft Country” and Amazon's “The Boys.” Those series are nominated alongside FX's “Pose,” Netflix's “The Crown,” Disney+'s “The Mandalorian,” NBC's “This Is Us” and Hulu's “The Handmaid's Tale.”

A whopping 75% of the nominees for outstanding comedy series are new to the category, the Television Academy said. These shows include “Cobra Kai,” “Emily in Paris,” “Hacks,” “Pen15,” “Ted Lasso” and “The Flight Attendant.”

Additionally, there were 44 first-time performer nominations across the lead, supporting, guest and short form categories.

“Television has provided a lifeline for so many around the globe this year, delivering a constant source of entertainment, information and inspiration during some of our most difficult days,” said Frank Scherma, the Television Academy chairman and CEO.

“We are thrilled to honor the diversity of storytelling in television today by recognizing talented artists, programs, producers, directors and craftspeople throughout our industry and celebrating their commitment to this extraordinary medium,” he said.

On Tuesday, father-daughter duo Ron Cephas Jones (“This is Us”) and Jasmine Cephas Jones (“Blindspotting”) unveiled the nominees for the 73rd Emmy Awards.

Last year's ceremony was heavily impacted by the coronavirus pandemic, which made it difficult for the nominees to congregate. Jimmy Kimmel and the team at ABC were forced to get creative in how they announced winners and doled out awards.

This year, CBS is the host of the annual event. It has tapped Cedric the Entertainer to emcee the live show, which will take place at the Microsoft Theater on Sept. 19. The limited audience will include all nominees and their personal guests.

The Primetime Emmy Awards will feature 26 different categories ranging from acting and writing awards to awards for different types of programs — comedies, dramas and talk shows, among others. Shows are eligible for this year's ceremony if they were released between June 1, 2020 and May 31, 2021.

The Creative Arts Emmys, which recognize technical achievements, are not included in the program. These awards go to cinematographers, casting directors and sound editors, among others. The event will be broadcast on Sept. 18.

Here is the full list of the major Emmy nominees for the primetime ceremony:

Pictured: (l-r) Bowen Yang as 'The Iceberg That Sank The Titanic' and anchor Colin Jost during Weekend Update on Saturday, April 10, 2021.

Chris Sullivan, “This Is Us”

Phylicia Rashad, “This Is Us”

Guest Actor, DramaDon Cheadle, “The Falcon and the Winter Soldier”Charles Dance, “The Crown”Timothy Olyphant, “The Mandalorian”Courtney B. Vance, “Lovecraft Country”

Disclosure: Comcast is the parent company of NBCUniversal and CNBC. 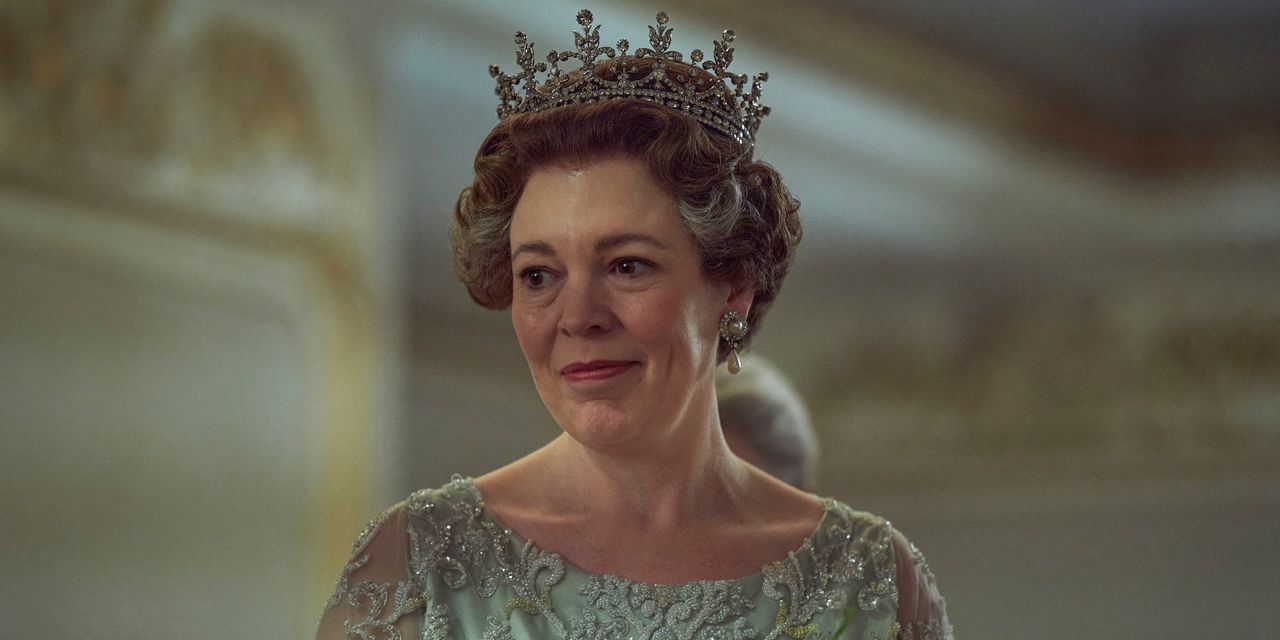 Fantasy franchise spinoffs and other escapist fare made a big showing Tuesday in the nominations for the 73rd Emmy Awards. Disney+ Star Wars series “The Mandalorian” tied Netflix ’s costume drama “The Crown” for the most nominations: 24. “WandaVision,” also on Disney+, came in second with 23 total nominations for the Marvel superhero tale set in a world of vintage sitcoms.

Many nods went to TV series that helped kill time and lift moods during the pandemic, from “Ted Lasso” to “Bridgerton,” when viewers burrowed into their streaming subscriptions. Meanwhile, Covid-19-related production delays sidelined past honorees such as “Succession,” making more room for newcomers.

Streamers pushed cable and broadcast networks further to the margins in some categories. In the race for best comedy series, streaming shows claimed seven out of the eight nomination slots, up from three nominations in that category last year. They included some surprises, including Netflix’s “Karate Kid” update “Cobra Kai,” and “Emily in Paris,” which was heavily panned and emerged as a cult phenomenon.

Action-driven shows muscled in on prestige dramas, with Amazon ’s twist on the superhero genre, “The Boys,” nominated for best drama series, and joining “The Mandalorian,” which was nominated in the category for the second year in a row. Other drama-series nominees included past winner “The Handmaid’s Tale” (Hulu) and “Lovecraft Country,” a horror-driven HBO show that was canceled after one season.

Among the drama series, repeat nominees “Pose” (FX) and “This Is Us” (NBC) helped hold the line for TV networks. Among comedy series, NBC’s four-time nominee “black-ish” was the lone broadcast series in the pack.