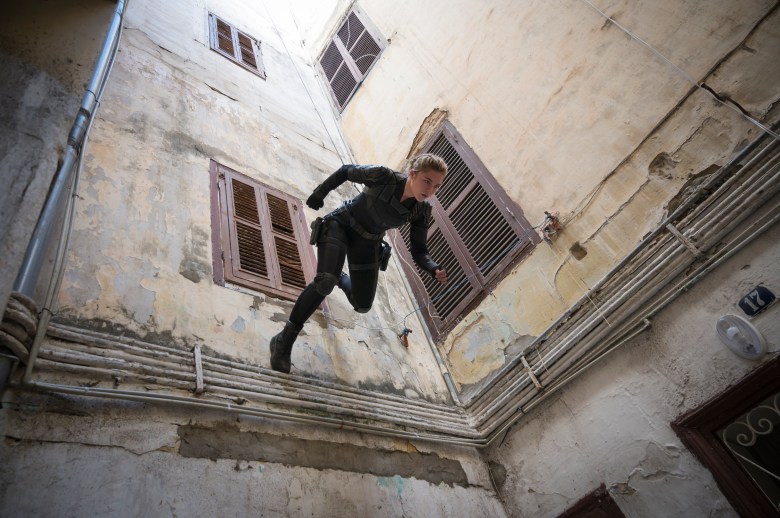 Over the course of 13 years and 24 films, the Marvel Cinematic Universe franchise has used the extra space afforded by their generous credits — turns out, it takes a lot of people to make a superhero film — to sneak in all manner of post-credits offerings. From the essential (like the first one, which saw Samuel L. Jackson’s Nick Fury appearing at the very end of “Iron Man” to tout a little something called the Avengers Initiative) to the just plain silly (like after “Captain Marvel,” when Goose the cat hacked up a Tesseract hairball), a Marvel film isn’t ever over until the lights come on.

For fans of the latest chapter in the sprawling superhero saga, that means sitting tight for just one post-credits scene, albeit one that doesn’t only do some emotional heavy lifting but also (surprise!) helps ties in Cate Shortland’s “Black Widow” to Marvel’s burgeoning television slate. (Now that’s synergy.) Even for movie-goers who aren’t typically charmed by the post-credits milieu, “Black Widow” at least boasts the film’s breakout star at its center: indie darling and Oscar nominee Florence Pugh, who spends the majority of the film establishing her blockbuster bonafides with ease.

Mostly, it’s a scene that serves to bridge the saga of Black Widow (Scarlett Johansson), which (spoiler?) concluded at the end of “Avengers: Endgame” with the present-day Marvel world. While Shortland’s film is a prequel — it’s set after the events of “Captain America: Civil War” — the film is packed with new information about Black Widow herself, Natasha Romanoff, and the world that shaped her, long before she became an Avenger. That’s a world that includes her sorta-sister Yelena Belova (Pugh), herself a trained “Widow” who was taken by the Soviet government as a child and trained to be a world-class spy through the horrific “Red Room” program.

Both early praise for the film and full reviews have praised Pugh’s work, a delightful surprise to even Shortland herself.

“I didn’t know she was going to be right for Yelena, but the very first time I went into Marvel in Burbank and I spoke to [the Marvel team] and the producers, they asked me which actors I was interested in working with, and she was the first actor I named,” Shortland said in a recent interview with IndieWire. “So it was like, if I was going to explore a landscape with Scarlett, who am I going to put with Scarlett who is her match? We needed really fun, really smart actors, that are willing to just go there and improvise and stay in the scene and just have fun.”

To (very) quickly summarize the events of Shortland’s film, let’s just say that Yelena, much like Natasha, eventually frees herself, with the film ending with the promise that she will now be able to be her own person. Throughout the film, Yelena talks about the things she wants if she can ever break free: a dog, the ability to choose her own clothes, definitely more laughs. All of that is present in the post-credits scene, but with one major caveat: it’s set after “Endgame,” and thus Natasha’s death. 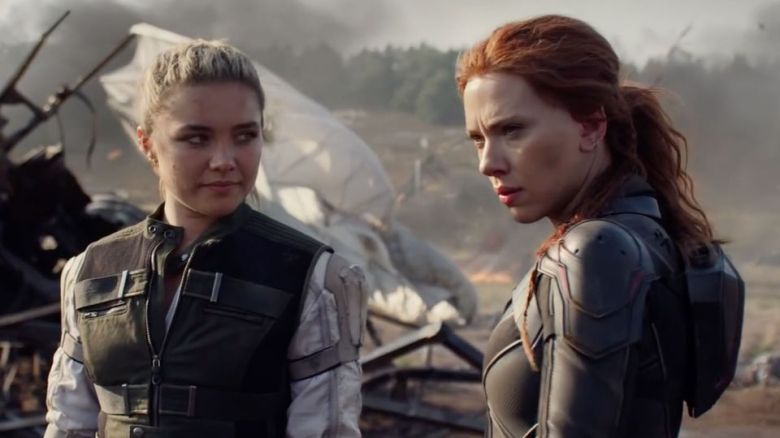 The scene finds Yelena — now driving a charmingly beat-up pick-up truck, sporting colorful and fun clothes, and accompanied by a very nice dog — visiting a memorial to Natasha, set in a quiet little patch of forest, where a headstone marks the remarkable life of Black Widow, far from the sort of wild public spectacle we’d expect from the metaphorical resting place of one of Earth’s mightiest heroes.

It was Johansson, Shortland said, who noted that “her character was really private and she wouldn’t have wanted a big public display of grief or a big monument where she was buried.” Thus: a private, wooded area, where Natasha can be honored by those who loved her most, like Yelena.

“I was focused on two things in that post-credit scene, but the most important thing for me was Natasha’s death and the idea of [a] memorial and what that character deserved, and also what she wanted and what the fans wanted,” she said. “It was really beautiful that we were able to honor it in a very intimate way between her and her sister, and that felt like part of the movie. It didn’t feel like we were tacking something on. It felt like it was really heartfelt to Yelena.”

The other point that was important for Shortland: “to be able to see Yelena with her dog and that she’s kind of making her dreams happen and she’s putting herself back together. I think a lot of people will be really happy about that to see someone who’s been through so much just enjoying nature and animals and humor.”

But while that’s all quite lovely — a real grace note in the bombastic franchise — the post-credits scene also sets a course for Yelena’s future in the franchise that goes beyond the intimate and sweet. Yelena, standing at Natasha’s grave in quiet contemplation, is soon joined by a most unexpected guest: Julia Louis-Dreyfus, who made her (secret) MCU debut as Contessa Valentina Allegra de Fontaine in the penultimate episode of “The Falcon and the Winter Soldier” earlier this year. While the Contessa’s exact place in the MCU is still unclear, we at least know she’s got a very big interest in one-time Captain America John Walker (portrayed by Wyatt Russell in the series) and tearing apart (or, perhaps, reassembling) the current lineup of Avengers-related heroes.

In fact, Louis-Dreyfus was meant to make her MCU debut in this post-credits scene first, when the film was originally slated to debut last summer. Shortland said the post-credits scene, which she also directed, has remained unchanged since the film’s original 2020 release date. Thankfully, it still works.

As Yelena stands by her sister’s grave, the Contessa appears beside her, an unwelcome but not unknown presence. Mostly, she seems to annoy Yelena, who complains that the Contessa (or “Val,” as she likes to be called, sort of) isn’t meant to be bothering her while she’s on holiday. But the Contessa couldn’t quite wait to give Yelena her next assignment — implying, of course, that while Yelena may no longer be a Widow, she’s still using her skills for other shady people — which also happens to be a personal one.

Yelena’s new target? As the Contessa grandiosely announces: it’s the man responsible for her sister’s death, fellow Avenger Clint Barton (Jeremy Renner), who was indeed there when Black Widow sacrificed herself in “Avengers: Endgame,” and who someone — like Yelena! — might be inclined to “blame” for her death. Certainly, Yelena and the Contessa seem to be of that mind, and while Yelena is initially bothered by the Contessa, her new assignment perks her right up.

So, that’s the “Hawkeye” series then? The new Disney+ show, directed by Rhys Thomas and duo Bert & Bertie, is slated to hit the streamer in late 2021. Renner is set to reprise his role, and he’ll be joined by a cavalcade of other stars, including Hailee Steinfeld (as the new Hawkeye), Vera Farmiga, Fra Fee, Tony Dalton, Zahn McClarnon, Brian d’Arcy James, and Alaqua Cox. Oh, and Florence Pugh, who will reprise her role, now one surely bent on revenge who — and we’re just guessing and hoping here — might find more redemption and understanding as she sets out on another journey initially inspired by anger. More Pugh in the MCU? That’s only a good thing.

“Black Widow” is now in theaters and streaming on Disney+ via its Premier Access banner.

Sign Up: Stay on top of the latest breaking film and TV news! Sign up for our Email Newsletters here.

What the Ending of 'Black Widow' Means for Florence Pugh's Marvel … Sat, 10 Jul 2021 00:00:00 +0100-Florence Pugh's relationship with Zach Braff is one of the most talked-about in Hollywood. Here's how they met, their age difference, and if they're married.

This website is using a security service to protect itself from online attacks. The action you just performed triggered the security solution. There are several actions that could trigger this block including submitting a certain word or phrase, a SQL command or malformed data.

You can email the site owner to let them know you were blocked. Please include what you were doing when this page came up and the Cloudflare Ray ID found at the bottom of this page.

Next sale 2021 When is the ? July summer sale UK start date how to