Sarah Everard: police under pressure to overhaul internal … Fri, 09 Jul 2021 13:00:00 +0100-Metropolitan Police constable Wayne Couzens made his plea at the Old Bailey after earlier admitting to the rape and kidnap of Ms Everard. It came as the …

A SERVING police officer pleaded guilty today to murdering Sarah Everard at a hearing which revealed how he carefully planned to abduct a woman from the streets.

Metropolitan Police constable Wayne Couzens made his plea at the Old Bailey after earlier admitting to the rape and kidnap of Ms Everard.

It came as the Independent Office for Police Conduct (IOPC) announced that 12 officers have been served gross misconduct or misconduct notices in matters relating to the case.

Ms Everard was kidnapped while walking home from a friend’s house in south London on March 3.

The 33-year-old’s body was recovered a week later from woodland near Ashford in Kent, a few metres from land Mr Couzens had bought with his wife in 2019.

He booked a rental car and bought a roll of self-adhesive film days before the murder, the court heard.

He picked up the car on the afternoon of the abduction after finishing a 12-hour shift, and drove around before spotting Ms Everard.

The two were not known to each other prior to the abduction.

Police identified the constable as a suspect after making inquiries about the hired vehicle, which he had booked with his own bank card and details.

During the hearing, it was revealed that Mr Couzens had initially denied murdering Ms Everard when first interviewed by police as part of an elaborate false story to shift the blame.

The officer claimed he had kidnapped Ms Everard for an eastern European gang outside of London after they had threatened to harm his family.

Mr Couzens claimed he was unable to pay for a sex worker so was ordered to find “another girl” otherwise his family would be harmed.

Prosecutor Carolyn Oakley said: “Wayne Couzens lied to the police when he was arrested and, to date, he has refused to comment.

“We still do not know what drove him to commit this appalling crime against a stranger.”

The IOPC revealed that Mr Couzens was accused of indecent exposure as far back as 2015.

It has launched a probe into Kent Police for failing to investigate the claim. No notices have yet been served for this investigation.

Two Met officers are also being investigated for allegedly failing to look into claims of indecent exposure by Mr Couzens just days before the murder, the IOPC said.

While 10 other officers are under investigation over the sharing of information linked to the prosecution on a messaging app.

Responding to hearing, Reclaim These Streets said: “It is maddening that if women get any justice at all it is only when they have already been taken away from us.”

You can’t buy a revolution, but you can help the only daily paper in Britain that’s fighting for one by joining the 501 club.

By becoming a 501 Club member you are helping the Morning Star cover its printing, distribution and staff costs — help keep our paper thriving by joining!

You can’t buy a revolution, but you can help the only daily paper in Britain that’s fighting for one by become a member of the People’s Printing Press Society.

The Morning Star is a readers’ co-operative, which means you can become an owner of the paper too by buying shares in the society.

Shares are £1 each — though unlike capitalist firms, each shareholder has an equal say. Money from shares contributes directly to keep our paper thriving.

Some union branches have taken out shares of over £500 and individuals over £100.

You can’t buy a revolution, but you can help the only daily paper in Britain that’s fighting for one by donating to the Fighting Fund.

The Morning Star is unique, as a lone socialist voice in a sea of corporate media. We offer a platform for those who would otherwise never be listened to, coverage of stories that would otherwise be buried.

The rich don’t like us, and they don’t advertise with us, so we rely on you, our readers and friends. With a regular donation to our monthly Fighting Fund, we can continue to thumb our noses at the fat cats and tell truth to power.

We’re a reader-owned co-operative, which means you can become part of the paper too by buying shares in the People’s Press Printing Society. 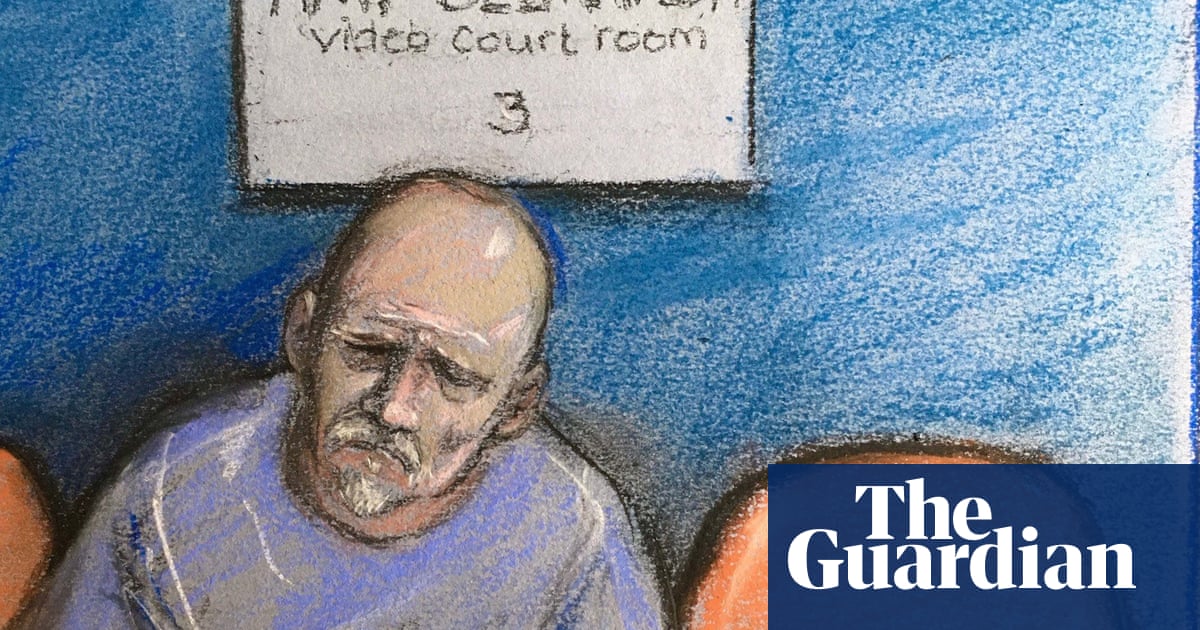 Pressure is mounting on the police to overhaul how they investigate crimes by their own officers after it emerged the serving constable who murdered Sarah Everard was accused of indecent exposure three times leading up to her death.

The Metropolitan police officer Wayne Couzens pleaded guilty at the Old Bailey to the murder of the 33-year-old marketing executive. He had already admitted raping Everard after abducting her from the street as she walked home in south London in March.

The crime appears to have been carefully planned, with Couzens, 48, hiring a car and buying self-adhesive tape days earlier.

Everard’s murder and Couzens’ subsequent arrest sparked a wave of anger and protests across the UK and provoked fierce debate about women’s safety and failings in the criminal justice system.

Couzens, an armed officer in the Met’s elite parliamentary and diplomatic protection group, was warned by the judge on Friday that his abuse of position meant he could face a whole life term at sentencing in September, meaning he would die in jail.

It emerged that Couzens was accused of indecent exposure against a woman in Kent six years before he murdered Everard, and twice more at a McDonald’s in south London three days before she was killed.

Labour said the police must look at their vetting processes and safeguarding systems “to ensure this can never happen again”, while women’s groups called for an independent inquiry into police misconduct.

The Independent Office for Police Conduct (IOPC) said it was launching “an investigation into alleged Kent police failures to investigate an indecent exposure incident linked to PC Couzens in Kent in 2015”.

It will also examine allegations that the Met, Britain’s biggest force, may not have properly investigated further claims of indecent exposure against Couzens in London in February 2021. Two officers were being investigated for “possible breaches of professional standards at misconduct level”, said the IOPC.

Privately police leaders see Couzens and his offending as a one off, and are yet to identify any broader issues or systems such as vetting that need urgent change. They will await the results of the IOPC investigations to see if reforms are needed.

Harriet Wistrich, director of the Centre for Women’s Justice, called for a full public inquiry into police failures and misconduct and the wider culture of misogyny after the murders of Everard, and sisters Bibaa Henry and Nicole Smallman last year.

“Women do not feel safe and it is incumbent on the government and all criminal justice agencies to now take action over the epidemic of male violence which is the other public health crisis of our day,” she said.

Couzens abducted Everard on 3 March. That day he finished work at 7am then collected a rental car he had hired three days earlier. He drove around south London in the car before spotting Everard walking home after visiting a friend’s home at about 9.30pm.

Footage from a passing bus captured the number plate of the white Vauxhall Astra used by Couzens. He had used two mobile phone numbers to hire it, one of which was a mobile number recorded on his Met police personnel file.

Everard’s body was recovered from woodland near Ashford in Kent, about 20 miles west of Couzens’ home, a week later. A postmortem showed she had died from compression of the neck.

After he was arrested at his home in Deal on 9 March, Couzens admitted taking Everard but initially denied her murder. He said his car was flashed by an eastern European gang and claimed they were threatening him and his family after he had underpaid for a sex worker the gang controlled and whom he had met at a Folkestone hotel weeks earlier.

Couzens was vetted when he first became a police officer with the Civil Nuclear constabulary (CNC) in 2011. He then transferred to serve in Dungeness, Kent. The Met said he was vetted again in 2018 when he joined the force.

Labour’s shadow home secretary, Nick Thomas-Symonds, urged the police to look again at vetting processes and safeguarding systems. “It is absolutely vital that everything possible is done to ensure this can never happen again,” he said.

Jess Phillips, the shadow domestic violence minister, said the police had serious questions to answer. “The police need to be quite publicly and independently assessed about these findings. These failures are damaging for the police themselves and damaging for public confidence.”

“If crimes against women consistently go uncharged and unconvicted then that is a problem with institutions, not individuals.

“It’s vitally important for the safety and security of our nation that women feel that they can come forward. This isn’t just about women being confident, this is about getting perpetrators of sexual crimes and battery and murder off our streets.”

Jess Leigh, of Reclaim These Streets which is locked in a legal battle with the Metropolitan police after it banned a vigil it organised for Everard, echoed the call for a judge-led inquiry into police conduct.

“It is very clear that the police have failed in their duty to keep people safe,” she said. “I think public confidence in the Met is on the floor already and this continues to make it worse with the same groups of people that didn’t trust them, including young women.”

Deniz Uğur, deputy director of the End Violence Against Women Coalition, said the IOPC investigation was welcome but not enough, and called for “concrete actions, quickly, to help build trust and confidence by the public”.

“When we see those in the establishment that is meant to protect women perpetrate crimes against them, it does nothing to improve trust and confidence in a system that is failing women,” she said.

In March last year the Centre for Women’s Justice launched a super-complaint, containing the experiences of 19 women with claims of rape, sexual assault and domestic abuse by ex-partners in the police force.

Almost 700 cases of alleged domestic abuse involving police officers and staff were reported during the three years to April 2018, according to freedom of information requests made by the Bureau of Investigative Journalism. The data, from three-quarters of forces, showed that police employees accused of domestic abuse were a third less likely to be convicted than the general public and less than a quarter of complaints resulted in disciplinary action.

Djokovic Back in Wimbledon final to face Italy Berrettini