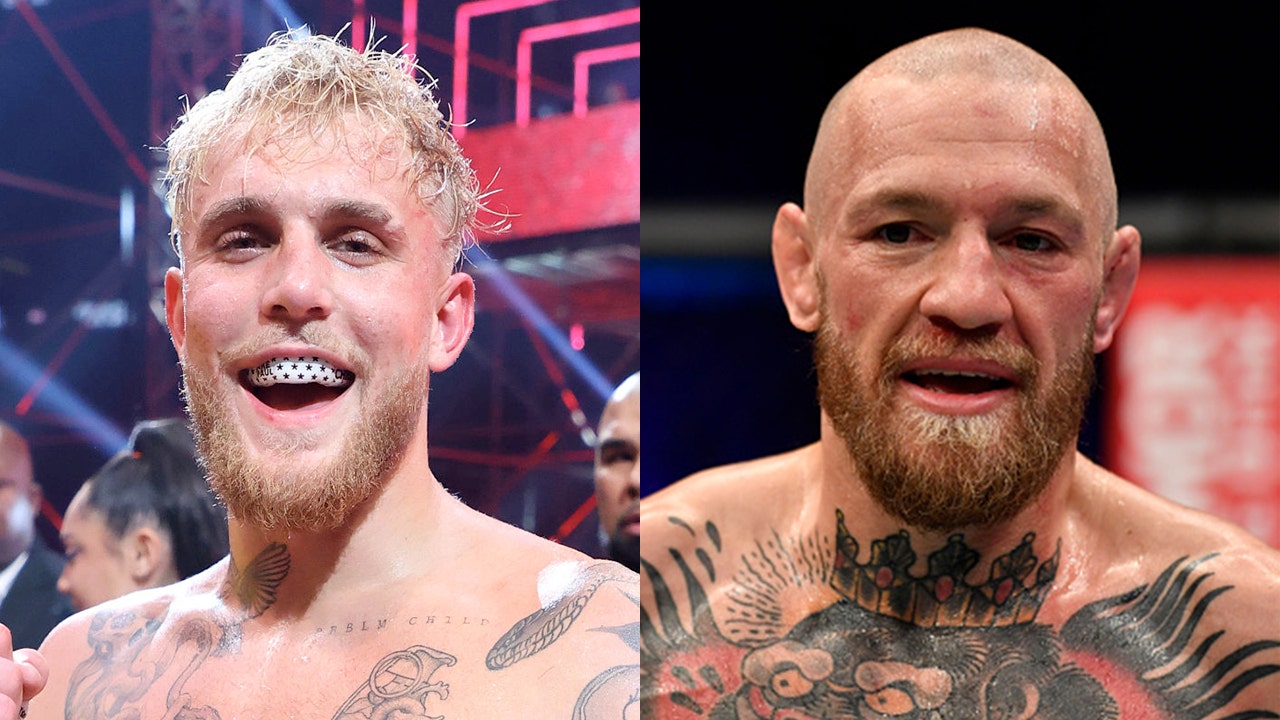 Who is Conor McGregor? The 'Notorious' MMA star set to headline … Fri, 09 Jul 2021 01:00:00 -0700-A potential fight between Conor McGregor and Jake Paul was brought up again Thursday before the Irishman faces off against Dustin Poirier at UFC 264 over …

A potential fight between Conor McGregor and Jake Paul was brought up again Thursday before the Irishman faces off against Dustin Poirier at UFC 264 over the weekend.

McGregor didn’t exactly close the door on a fight against Paul or his brother Logan. When asked about either of them bring cage-side for the Poirier fight, he replied, “I couldn’t care about them two dingbats.”

“I don’t see so, but never say never,” McGregor said about a potential fight. “If they’re gonna keep competing and whatnot, who f–king knows? But dingbats, the two of ‘em.”

Jake Paul ratcheted up some of the pressure on McGregor for a potential fight. He said in a series of tweets that McGregor doesn’t exactly have the “it factor” anymore.

“You can tell Conor has lost ‘it.’ He no longer speaks from a place of authenticity & you can tell he’s trying to convince himself of his own lies. He takes offense to everything now. He’s bathing in his own insecurity’s. When we fight I will further expose him for the fraud he is,” Paul tweeted.

He added another tweet taking a shot at McGregor’s performance from his last Poirier fight.

Paul’s next fight will be against former UFC fighter Tyron Woodley. Paul has yet to lose a boxing match, having already beaten Ali Eson Gib, Nate Robinson and Ben Askren already. All the wins have come via technical knockout or knockout.

McGregor fights Poirier on Saturday. Paul’s next fight is set for Aug. 1. 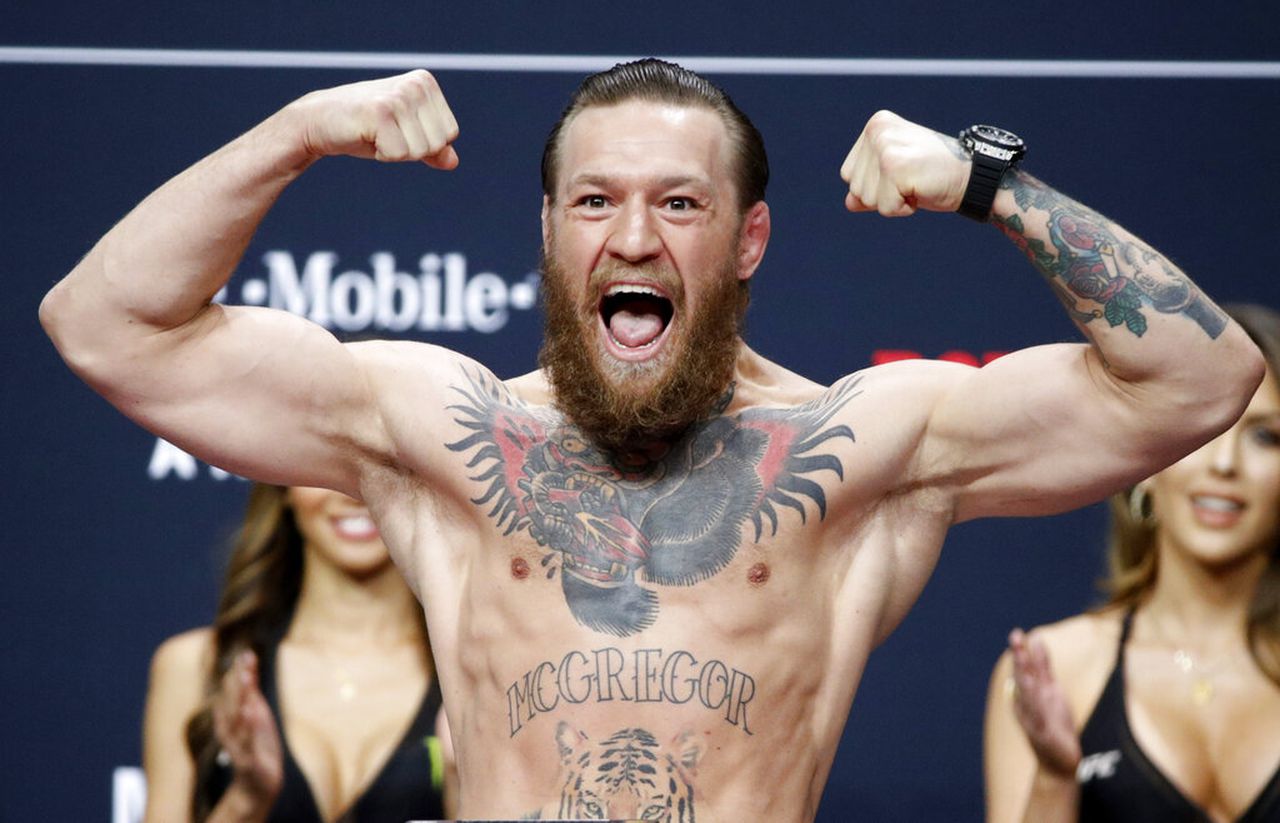 For the storied MMA fighter, it’s a chance at redemption after Poirier beat him in a round 2 TKO at UFC 257, and a win he needs if he wants another shot at the UFC’s Lightweight title, against newly crowned champion Charles Oliveira.

“I’m going to send that electric bolt through his body and that’s it,” McGregor told Sportskeeda of the impending rematch and trilogy fight at UFC 264.

Here’s what you need to know about Conor McGregor.

Conor McGregor, 31, is an Irish mixed martial artist with the Ultimate Fighting Championship, who has competed at the welterweight, lightweight and featherweight classes. He has been signed with UFC since 2013, but his professional MMA career dates to 2008, when he first appeared in the Irish promotion Cage of Truth.

His nickname is “Notorious,” and he has several incredible accomplishments to back up the title, including holding the record for the fastest victory in UFC title fight history — 13 seconds into the first round against Jose Aldo. He was also the first ever UFC champion to hold two belts simultaneously.

He was the highest-paid professional athlete in 2020, and is the biggest draw in MMA history, headlining 5 out of the top 6 best UFC PPVs of all time.

His fight style is a unique blend of Capoeira, boxing, Taekwondo and more.

Currently, McGregor is the #5 ranked Lightweight fighter, with a career record of 22-5-0. He went undefeated for 15 straight fights between 2011 and 2015, and has headlined his last nine events.

The 5′8″, 155-pound fighter has claimed two UFC titles, but both Featherweight and Lightweight belts were later stripped from him due to inactivity in the respective divisions. He has 19 wins by knockout.

His recent record is somewhat shakier, winning just 3 of his last 6 fights. Despite that, he’s still considered one of the best fighters in the lightweight division and has never lost two fights in a row.

Nearly 7 years ago, McGregor began his trilogy of fights against Dustin Poirier with a TKO in the first round at UFC 178. Then, in January of this year, Poirier got vengeance at UFC 257, earning his own TKO win in Round 2 against McGregor.

Poirier has a chance to put the first back-to-back losses on McGregor’s record with a win at UFC 264, but McGregor is brimming with confidence.

“He’s dead,” McGregor said of Poirier in an interview with news.com.au.

UFC 264: Poirier vs. McGregor 3 will be a pay per view fight card exclusive to ESPN Plus. The main fight card starts at 10:00 p.m. ET with the preliminary bouts at 8:00 p.m. ET on ESPN and ESPN Plus and early prelims scheduled for 6:00 p.m. on ESPN Plus.

What is ESPN Plus?

ESPN Plus is a streaming service available from ESPN for $5.99 a month (you can cancel any time, so if you wanted to sign up Friday and then cancel on Sunday, you’d only be charged for one month). ESPN Plus gives you access to a huge selection of live games from pro and college sports.

ESPN+ is accessible via the ESPN App on most devices, including Amazon Fire, Apple, Android, Chromecast, PlayStation, Roku, Xbox One, and more.

What does ESPN Plus include?

ESPN Plus is an over-the-top streaming service for the sports fan who loves to watch a lot of live sports like college football and basketball, international basketball, international and Major League Soccer and MLB. It also has its own original programming TV series. Your subscription also gets you access to the exclusive articles and content on ESPN Insider on the ESPN website.

A full schedule of UFC coverage on ESPN Plus is available here.

How much does ESPN Plus cost?

$5.99 a month, or $59.99 a year. The subscription doesn’t include access to certain pay-per-view events, such as UFC 264: Poirier vs. McGregor 3. Those events cost extra, but are still exclusive to the ESPN+ service.

If you’re looking to save on a lot of streaming content, the Disney Plus Bundle includes subscriptions to Hulu ($5.99), ESPN Plus ($5.99) and Disney Plus ($7.99) for just $13.99/month. You pretty much get one of the services for free when you subscribe to all three.