Jake Paul hits out at Conor McGregor: 'I will further expose him for … Fri, 09 Jul 2021 10:00:00 +0100-The Irishman threw a leg kick at Poirier during their press conference ahead of Saturday's trilogy fight last night, and Poirier believes he'll reciprocate on …

Dustin Poirier has dismissed Conor McGregor's efforts to get under his skin at last night's press conference – including a kick during their staredown – as “cute”.

The American will face his Irish rival one more time in a trilogy bout on Saturday night, with a shot at the lightweight title up for grabs for the winner.

And he seemed to handle himself well last night, despite relentless and occasionally below-the-belt jabs from McGregor throughout.

“Dana [White] said he got kneed in the stomach, the shot hit him,” Poirier joked when asked by ESPN what happened in the staredown.

“It's cute man, have fun, I'm going to be doing the real kicking on Saturday night.

“He's doing himself a disservice by not reassessing everything and figuring out what really went wrong, that's what losers do, they scramble to find something to stand on.

“That's what he's doing, but it doesn't matter – I got my hand raised and it's a fight.”

The lightweight rivals had exchanged trash talk in front of thousands of fans in Las Vegas before they were brought together and had already been separated by security before the event even started.

Poirier said that McGregor's antics made him “feel good”, and said he doesn't believe that the Irishman is the same fighter who beat him in their first bout.

“I knew he was going to be acting crazy but to see him in the flesh made me feel good,” Poirier explained. “Because he is just that little guy; not the guy he used to be through my eyes anyway.”

McGregor took jabs at Poirier's wife throughout and after the press conference, and claimed that his rival was struggling with the weight cut.

But the American held his own, and a number of fans and fighters on Twitter actually deemed him the more impressive performer on the stage.

And going into the bout, Poirier has said that he plans to 'wring McGregor's neck' when they fight, after earlier in the week predicting a submission victory.

“I feel good, I have a good spring when I'm training and stuff, we'll see on Saturday night when I'm warming up – when my feet hit the canvas it's go time.

“I think I'm going to wring his little neck, it's looking skinny out there, man.”

McGregor appears to see it the opposite way, telling Poirier he was planning to end his career.

“I'm going to go through his head,” McGregor said. “I'm going to put holes in it and take it off his shoulders.

“He's done here, this is it for him, it's the end of the road – Saturday night he's getting walked around that octagon like a dog and put to sleep.

“This will be beautiful, it will be another feather in the cap, it's what I love to do. I love to come in here, defy the odds, do the unthinkable and put on a show.” 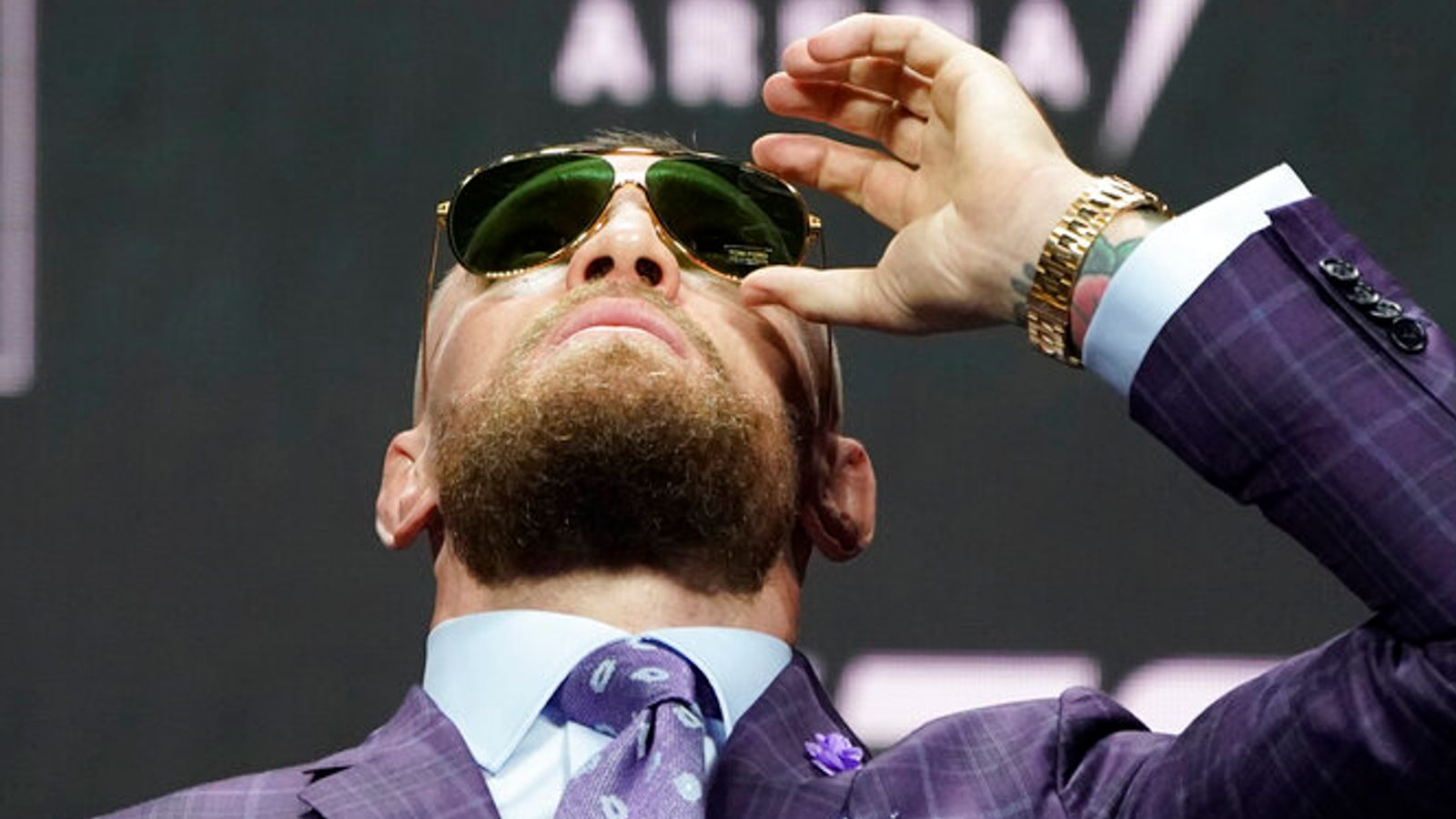 Dustin Poirier responds to Conor McGregor kicking out during … Fri, 09 Jul 2021 10:00:00 +0100-"He no longer speaks from a place of authenticity and you can tell he's trying to convince himself of his own lies," Jake Paul says about Conor McGregor.

Jake Paul has lashed out at Conor McGregor, accusing him of having “insecurity” and hinting that they will meet in a future boxing match.

But after going face to face with Poirier on Thursday night at a press conference, he was criticised by YouTuber-turned-boxer Paul who said: “You can tell Conor has lost 'it'.

“He no longer speaks from a place of authenticity and you can tell he's trying to convince himself of his own lies.

“He takes offence to everything now.

“He's bathing in his own insecurity.

“When we fight I will further expose him for the fraud he is.”

The social media superstar could emerge as a future option inside the boxing ring for McGregor.

The UFC's Irishman made a high-profile boxing debut in 2017 against Floyd Mayweather and was, until losing to Poirier, chasing a match against Manny Pacquiao.

Jake Paul, meanwhile, has won all three of his pro boxing matches via knockout and will next face former UFC champion Tyron Woodley on August 28.

Woodley is being trained by Mayweather, who recently went eight-rounds under an exhibition rule-set against Jake Paul's brother Logan.