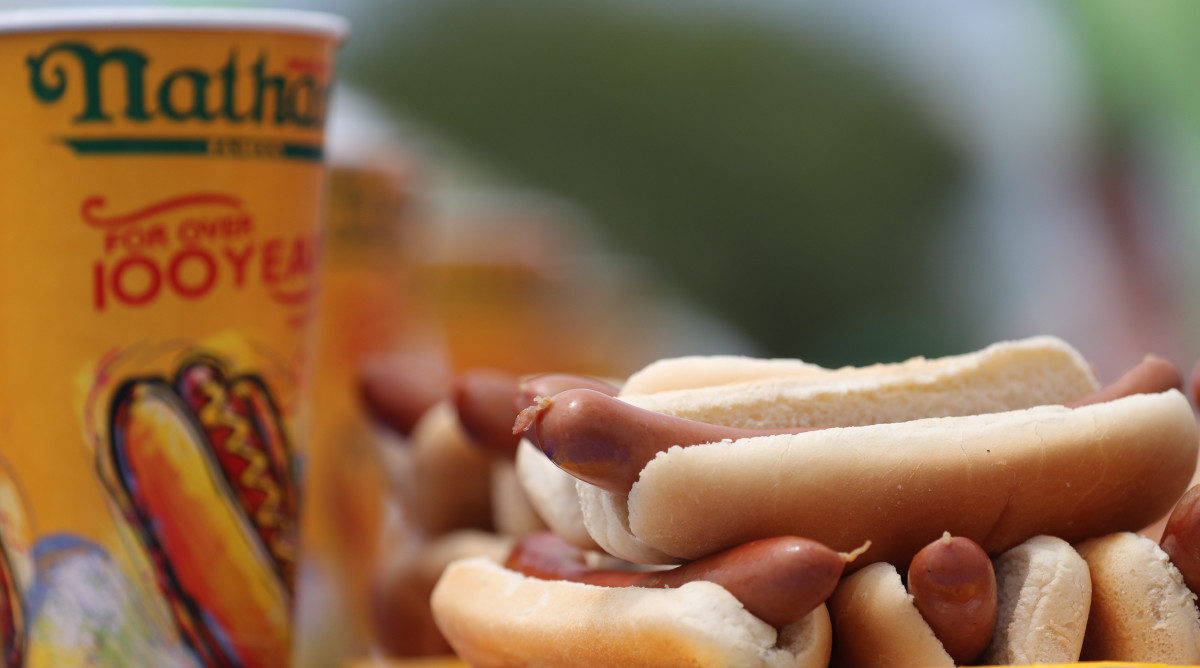 Joey Chestnut broke his own unfathomable world record by eating 76 hot dogs in 10 minutes at the Nathan's Hot Dog Eating Contest for his 14th career title. However, few were able to see the clinching bites as ESPN's broadcast cut out in the final seconds, leaving viewers of the Fourth of July tradition frustrated.

ESPN's feed featured multiple technical difficulties, including brief commercial breaks in the middle of the 10-min event, but none worse than in the final 15 seconds when the screen went blank just as Chestnut closed in on the record.

Last year, at the first indoor event due to the pandemic, Chestnut set the world record with 75 along with a 33 hot-dog gap between him and second place. But the 37-year-old was spurred on by a limited-capacity crowd at Maimonides Park, home of the Brooklyn Cyclones in the New York Mets farm system.

Michelle Lesco won the women’s hot dog eating contest with 30.75 hot dogs and buns in 10 minutes. However, world-record holder Miki Sudo, who won the previous seven straight titles, opted not to compete this year as she's pregnant with her first child.

The event said that it planned to return next year to the Nathan’s complex in Coney Island at the corner of Stillwell and Surf Avenue, which has hosted the majority of past tournaments.