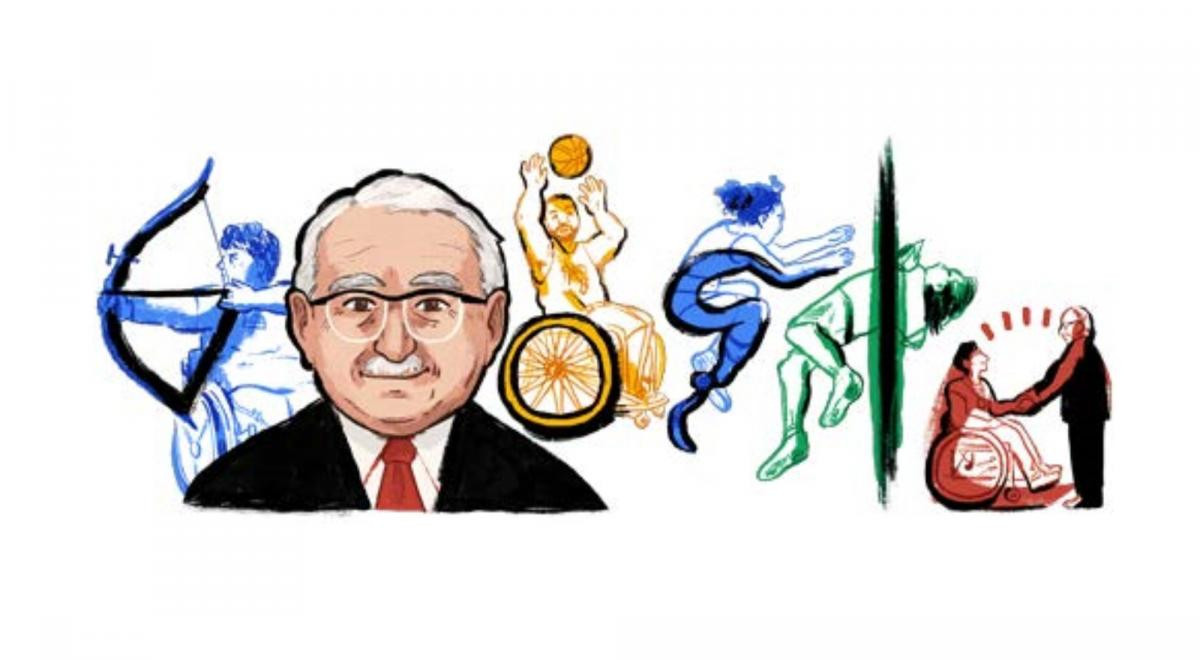 The founder of the Paralympic Movement, Professor Sir Ludwig Guttmann, has been honoured on what would have been his 122nd birthday by a Google doodle.

The doodle, illustrated by Baltimore-based guest artist Ashanti Fortson, shows the elderly moustachioed figure against a background of wheelchair athletes competing in a range of sports.

Guttmann – born in Tost, Germany on this day (June 3) in 1899 – was a Jewish doctor who became one of the country’s top specialist surgeons for spinal cord injuries before fleeing to Britain in 1939 to escape Nazi persecution.

In 1944, at the request of the British Government, Guttmann opened a spinal injuries centre at the Stoke Mandeville Hospital, and in time, rehabilitation sport practised there evolved to recreational sport and then to competitive sport.

On July 29, 1948, the day of the Opening Ceremony of the London 1948 Olympic Games, Guttmann organised the first competition for wheelchair athletes, which he named the Stoke Mandeville Games.

This milestone in Paralympic history involved 16 injured servicemen and women who took part in archery.

Since then they have taken place every four years.

Guttmann, who died aged 80 in 1980, also founded the International Medical Society of Paraplegia (the International Spinal Cord Society) and, in 1961, the British Sports Association for the Disabled (Activity Alliance).

He received numerous accolades, the highest among which was being knighted by Her Majesty the Queen in 1966.

The Paralympic Games continues to be a driving force for promoting the rights and independence of people with disabilities.

Mike Rowbottom, one of Britain’s most talented sportswriters, covered the London 2012 and Rio 2016 Olympics and Paralympics as chief feature writer for insidethegames, having covered the previous five summer Games, and four winter Games, for The Independent. He has worked for the Daily Mail, The Times, The Observer, The Sunday Correspondent and The Guardian.

Canadian show jumper Ian Millar holds the record for the most Olympic appearances by an athlete in any sport. When he competed at London 2012 at the age of 65 it was the tenth time he had competed in the Games since making his debut 30 years earlier at Munich 1972. He had won his only Olympic medal at Beijing 2008 when he was part of Canada’s team that took silver in the team jumping event. Millar won a gold medal in the Pan American Games team jumping event at Toronto 2015. He announced his retirement in 2019.

The Local Organising Committee for the World Gymnastics Championships Liverpool 2022 is looking to recruit a freelance Media Operations Manager to plan and deliver Championships time media operations and services to written press, photographers and non-rights holding broadcasters, working as part of the LOC and in collaboration with its stakeholders, particularly FIG.

Olympic gold medallist and former IOC Athletes’ Commission chair Angela Ruggiero has just completed a project which provides hard data to back up the idea that the way men and women are now enjoying, appropriating and consuming sport is changing. The founder and chief executive of Sport Innovation Lab explains what she has found to Mike Rowbottom

Should VIPs be stopped from attending the Tokyo 2020 Olympics and Paralympics, in light of the COVID-19 crisis? 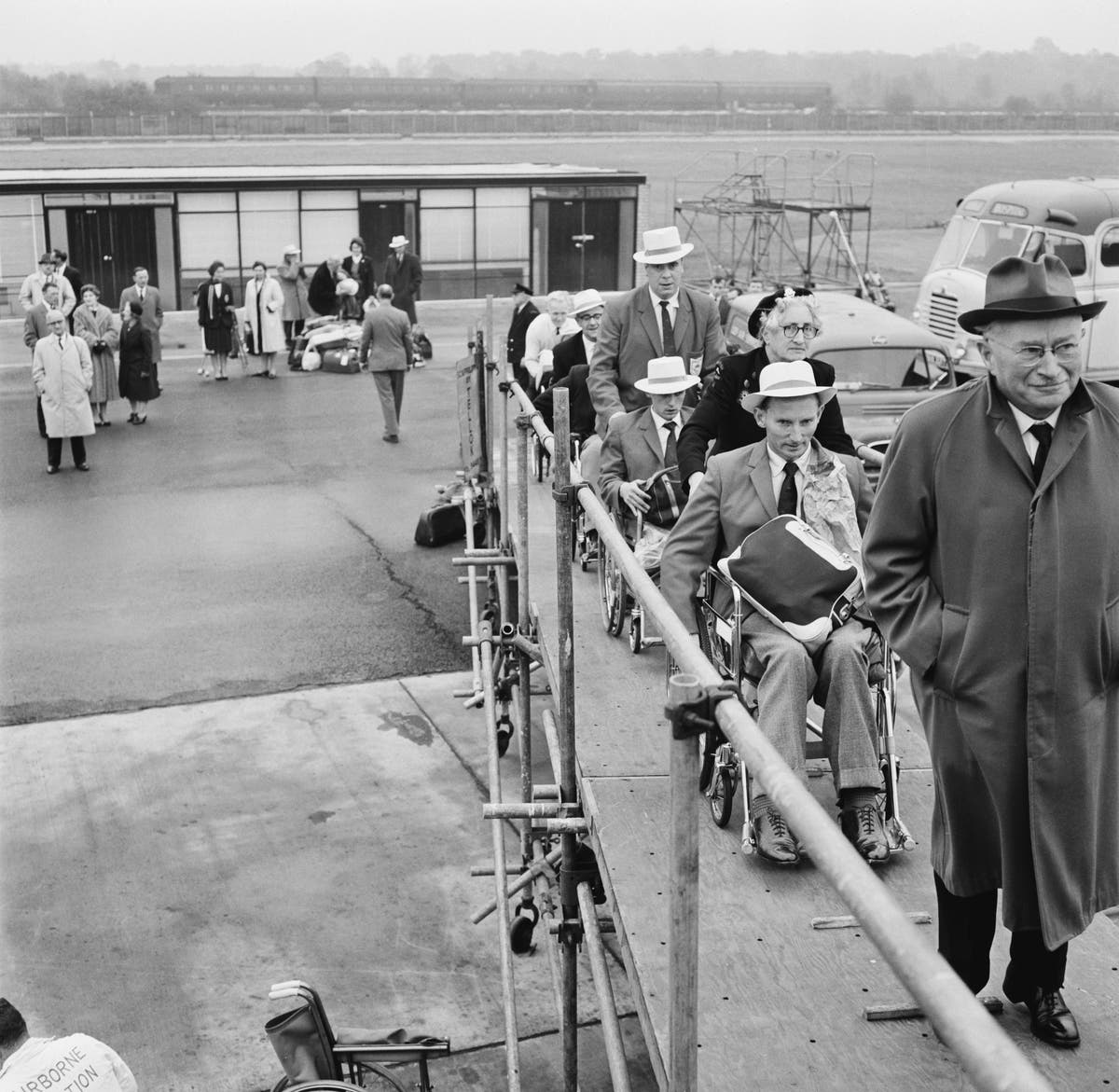 Google doodles its tribute to Paralympic Movement founder Sir … Sat, 03 Jul 2021 01:00:00 +0100-After fleeing Nazi persecution, Guttmann arrived in England in 1939 as a refugee and advanced his research in paraplegia.

The German-born British neurologist, Sir Ludwig Guttmann, founder of the Paralympic movement, has been celebrated in a Google’s Doodle celebrates on what would have been his 122nd birthday on 3 July.

After fleeing Nazi persecution, Guttmann arrived in England in 1939 as a refugee and advanced his research in paraplegia.

As one of the founding fathers of physical activities for people with disabilities, Guttmann pioneered the Stoke Mandeville Games, which later evolved into the Paralympic Games.

In 1943, the UK government appointed him as the National Spinal Injuries Center director at Stoke Mandeville Hospital. In 1948, Guttmann organised a 16-person archery contest, one of the first official competitive sporting events for wheelchair users. His passion for patient care never faltered and he also founded the International Medical Society of Paraplegia.

Guttmann received numerous accolades for his contributions, and was knighted by the Queen in 1966.

Born in Tost, Germany, what is now Toszek, Poland, Guttmann believed that sport was an essential method of therapy for the rehabilitation of injured military personnel, helping them build up physical strength and self-respect.

“Living with a disability has many facets to it, but one of the most acute struggles of disability — no matter the form that disability takes — is the constant navigation, negotiation, and denial of equitable access,” Fortson said.

Fortson's work involved figuring out how to depict each of the letters in the form of a Paralympic athlete. Fortson said there was a tendency to see accomplished disabled people and label them “inspiring” through a non-disabled lens.

“While the intent is positive, that attitude ends up dehumanising us: it frames us as amazing ‘in spite of”’our disabilities, and it doesn't acknowledge the systemic barriers that prevent many disabled people from achieving their goals,” they said.