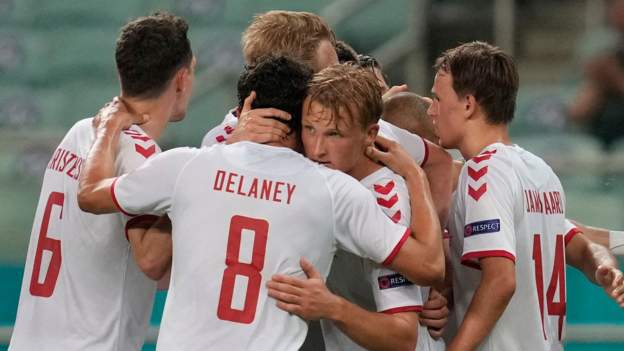 Denmark's impressive and emotional Euro 2020 campaign continued as they marched on to the semi-finals courtesy of a victory over the Czech Republic in Baku.

The Danes have gone from strength to strength in the tournament since the trauma of their opening game, in which midfielder Christian Eriksen suffered a cardiac arrest.

Having hammered Wales in the last 16, they impressively dealt with a dangerous and physical Czech side in a competitive last-eight tie played in a red-hot temperature in Azerbaijan.

They led from the fifth minute, when Thomas Delaney evaded his marker to head in from a corner.

A continual threat on the break, they made it 2-0 just before half-time, with Kasper Dolberg volleying in a superb cross from Joakim Maehle to add to the two goals he scored against Wales.

Their momentum was checked early in the second half as Patrik Schick coolly volleyed in his fifth goal of the tournament, taking him level with Portugal's Cristiano Ronaldo in the race for the Golden Boot.

But Denmark were able to recompose themselves and dig in to ensure the victory and a semi-final at Wembley on Wednesday.

Their opponent will be England after they thrashed Ukraine later in the evening.

It is nearly three decades since Denmark shocked the continent with their victory at Euro '92, taking advantage of a late call-up to the finals to produce their country's greatest sporting moment.

They are currently in the process of writing yet another fairytale in the competition.

Their campaign was only 41 minutes old when Eriksen collapsed before receiving CPR on the pitch as his visibly-distressed team-mates surrounded him and fans around the world watched in shock.

Now those players are just 90 minutes from the final after another brilliant team display that stands as a testament not only to their ability and tactical intelligence but the renewed bond between them, forged in adversity.

They were brilliant in the first half, compact and composed at the back and ruthless and rapid on the counter-attack. They fully deserved their two-goal lead and could have had more, with Delaney wasting the best of their other chances by fluffing an effort wide with his knee.

A much-improved Czech side knocked them out of their comfort zone after the break, but in goalkeeper Kasper Schmeichel and defensive trio Andreas Christensen, Simon Kjaer and Jannick Versergaard, Denmark found the stubbornness and leadership they needed to see the game out.

It is the Danes' first victory over the Czechs at a Euros finals and gives them some revenge for the quarter-final loss in 2004, when Milan Baros' two goals helped his country to a comfortable 3-0 win.

Baros ended that tournament with five goals, a tally now matched by Schick, who departs having done his own career no end of good with his displays for his country this summer.

The Danes, though, continue their remarkable journey, with London the next destination.

Credit also to the 1,000 or so Danish fans who travelled the 2,000 miles to Baku, knowing that Covid quarantine rules mean they now cannot attend either the semi-final or final, should their country get there.

'Christian should have been here'

After the game, Denmark coach Kasper Hjulmand said he felt his squad will have Eriksen in their thoughts as they strive to continue their run at Euro 2020.

“I definitely feel it,” he said.

“There are so many other agendas in football, but we all remembered why we started to play football, what values football is based on and we had a reminder of this.

“I am still thinking of Christian every single day. He should have been here.

“We all understood maybe that the values of football came through – and maybe we are a symbol of it. I could not be more happy than that.

“The team showed it without being told, 'this is the way you should act'.

“It was just unbelievable to see this team how the reaction was, how much compassion and love they gave each other, but also the Danish population.

“We are just happy and proud we can maybe just remind ourselves why we love football and what football can do in the world.”

Attempt missed. Michael Krmencik (Czech Republic) right footed shot from the centre of the box is high and wide to the left. Assisted by Jan Boril with a headed pass.

Tomas Kalas (Czech Republic) is shown the yellow card for a bad foul.

Christian Nørgaard (Denmark) wins a free kick in the defensive half.

Joakim Maehle (Denmark) wins a free kick in the defensive half.

(Denmark) wins a free kick in the defensive half.

Attempt saved. Joakim Maehle (Denmark) right footed shot from the left side of the box is saved in the bottom left corner. Assisted by Yussuf Poulsen. 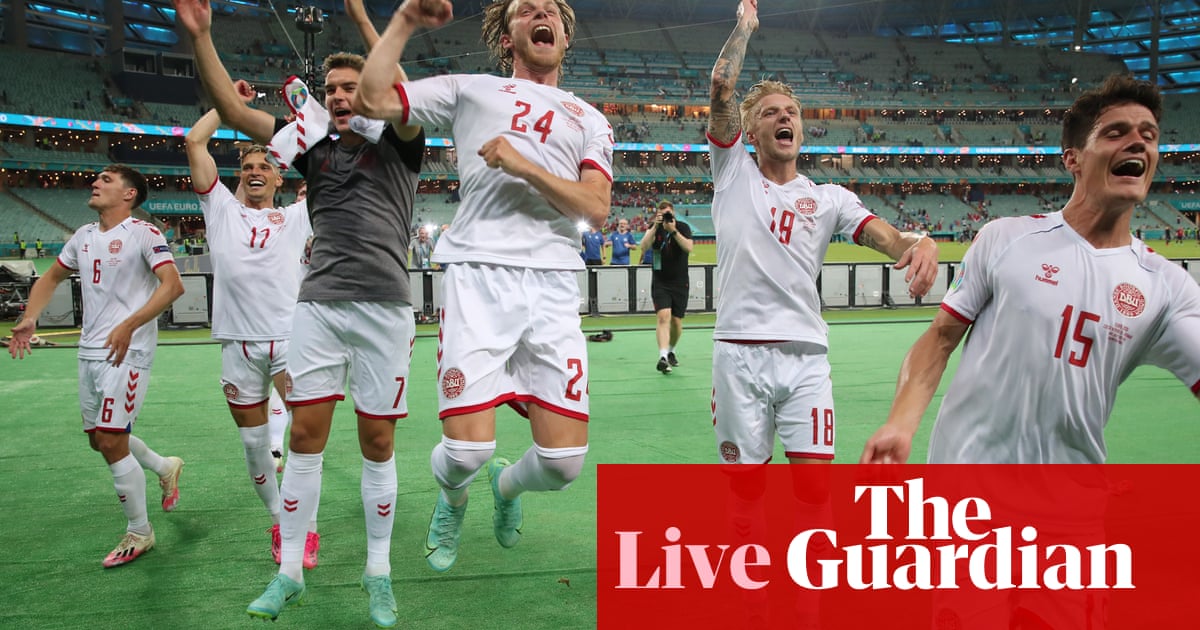 Croatia vs Czech Republic UEFA EURO 2020 preview where to