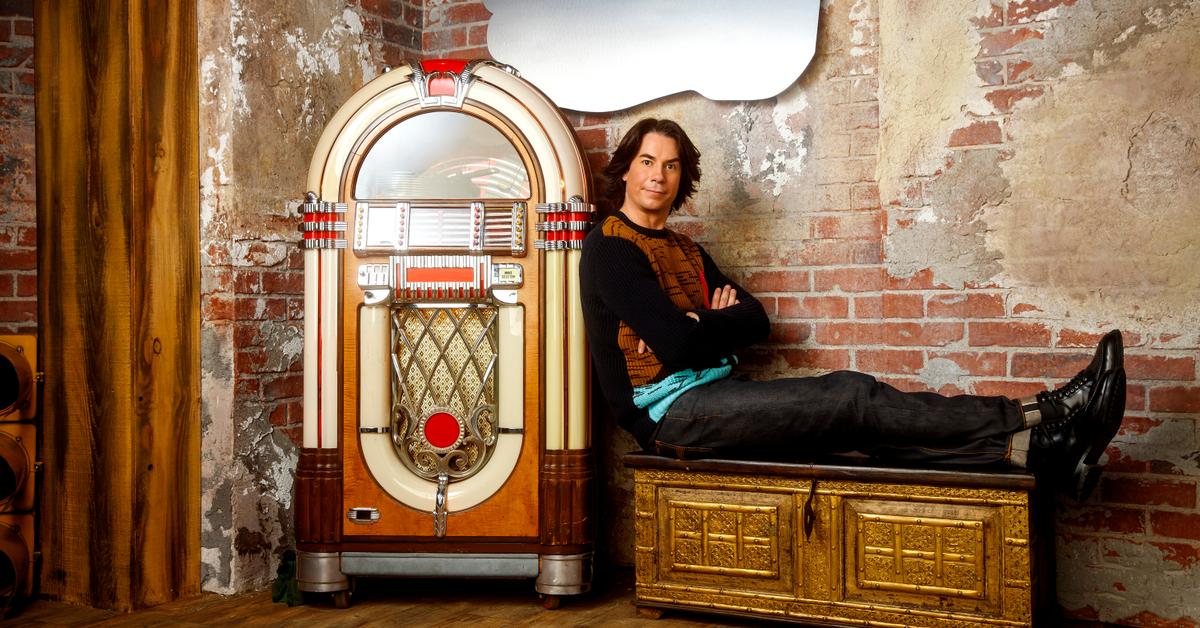 'iCarly' Reboot Cast: Everyone Who Didn't Return for the Revival … Thu, 17 Jun 2021 03:00:00 -0700-We already miss Jennette McCurdy's presence in the 'iCarly' reboot, but now we know how Jerry Trainor, who plays Spencer, feels about it as well.

In the incredibly divisive times we’ve been living in, nostalgia has made a huge comeback, only exacerbated by the COVID-19 pandemic. So we asked for it and now it’s here: the iCarly reboot. Miranda Cosgrove comes back as our favorite vlogger before vlogging was everyone’s status quo. But one person is not returning to the iCarly reboot: Jennette McCurdy.

Many of us are already aware of her absence from the reboot, but we had no idea how the rest of the iCarly cast feels about the gap she’s leaving behind. Now, Jerry Trainor has shared his thoughts on what Jennette McCurdy’s absence means for the iCarly reboot and how the cast feels about it.

Both Nathan Kress, who plays Freddie, and Jerry Trainor, who plays Spencer, spoke with Hollywood Life about Jennette McCurdy’s character, Sam’s whereabouts. Many of us know that Jennette did not sign on to reprise her role as the spunky Sam, and Nathan explained that the writers make it clear that Sam went to Los Angeles to live her own life.

That’s not too far off from what Jennette decided to do. Jennette realized after Sam & Cat, her iCarly spinoff, that television wasn’t the best path for her. She struggled with an eating disorder, as well as with her relationship with her mother, who has now passed away, all throughout her acting career. She was ready to move on and is now hosting her own podcast that focuses on mental health.

“She’s decided to move on and we’re super proud of her and super happy for her and we miss her,” Jerry continued. “She’s very much a part of our family in this world.” Despite Jennette’s physical absence on set, it sounds like her place in the iCarly world is very much still present.

Reboots are all good and fun, but if there’s nothing new about them, then how successful can they be? Fuller House was a hit because of all the new characters that were introduced into the world of the Tanner sisters. So although Jerry and the cast definitely miss Jennette, Jerry also saw the upside of her absence.

“It has given us the space to introduce new characters,” Jerry said of Jennette’s absence, “to have new voices, and to go in I think directions that are unexpected and might be welcome.” The biggest example of this is the addition of Laci Mosley, who is playing Carly’s current best friend, Harper.

And in all honesty, this is something we can all relate to. While some of us hold on close to our middle school friendships, we also gain new friendships in adulthood, so the iCarly reboot would be remiss not to bring on some new faces. We can’t wait to see how this new dynamic plays out. 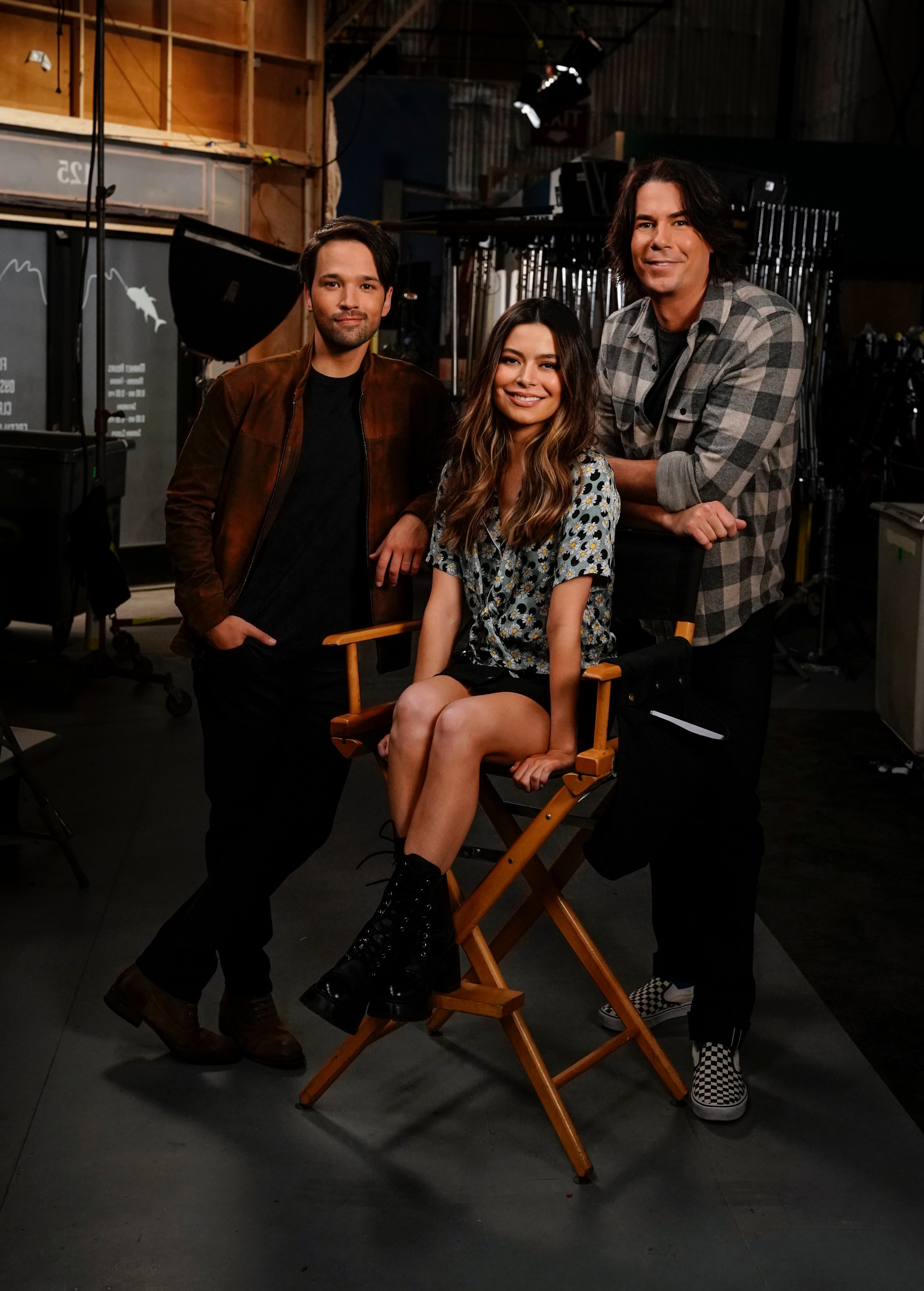 The iCarly revival premieres on June 17 on Paramount+. The original series aired between 2007 and 2012 on Nickelodeon and starred Miranda Cosgrove, Jennette McCurdy, Nathan Kress and Jerry Trainor. The majority of the main cast are back for the revival but, sadly, there will be some fan-favorites missing from the line-up.

The revival is set in the present day and sees the original gang navigate their way through work, love, family, and tackling the challenges life throws at you in your twenties.

When the news was announced, Miranda Cosgrove, who has reprised her role as Carly Shay, said in a statement: “Being on the iCarly set has always felt like a second home to me and it's so awesome to be back with my pals Jerry and Nathan.

“We served up spaghetti tacos over 10 years ago, and I can't wait to show you what we're cooking up next with Nickelodeon for Paramount+!”

Also reprising their roles alongside Cosgrove for the revived series are Jerry Trainer as Carly's older brother Spencer and Nathan Kress as Carly's first love and best friend, Freddie.

Sadly, Jennette McCurdy will not be returning to the series as Carly's best friend Sam Puckett.

McCurdy confirmed in March 2021 she had quit acting on the podcast, Empty Inside, while speaking to Mom star Anna Faris.

She said her family was the main driving force for her being in the industry and described her experience as “difficult.”

She said: “I quit a few years ago because I initially didn't want to do it.

McCurdy continued: “And it was very much the pressure of my family [not having] a lot of money, and this was the way out. Which I actually think was helpful in driving me to some degree of success, because I don't think I would have been as ambitious if I didn't know that it was for my family.”

“I feel so unfulfilled by the roles that I played. I imagine there's a very different experience to be had with acting if you're proud of your roles, and if you feel fulfilled by them.”

In an exclusive statement to Newsweek, McCurdy's representatives confirmed McCurdy would not be returning to iCarly.

They said: “Jennette is busy working on her book which sold to Simon & Schuster as well as bringing her one-woman show back to the stage.

“She is also working on some other film & TV projects which have not yet been announced.”

McCurdy had starred in all six seasons of iCarly and even appeared in the spin-off Sam & Cat, alongside Ariana Grande.

Since appearing in iCarly, McCurdy has gone to pursue a career in writing and directing, most recently directing, producing, and writing the 2019 short film, Strong Independent Women.

Speaking to Entertainment Weekly ahead of the show's premiere, Cosgrove revealed the revival will touch on Sam's absence.

Cosgrove said: “Definitely, we touch a lot on the whole relationship with Sam and where Sam's at in the pilot episode.

“And then we mention her a little bit throughout the season, so we'll definitely explain that on the show.”

Noah Munck, who played Gibby in the original iCarly, is not expected to appear in the iCarly revival.

There has been no official announcement announcing his return and Munck himself has not commented on the reboot.

Additionally, there have been no photographs or footage of Munck behind the scenes.

It is very likely Munck will not be reprising his role as Gibby considering he has other acting commitments.

He also pursued a career in music and has his own YouTube channel to share his EDM music, titled SADWORLDBEATS.

Munck has also spoken in the past of his “weird relationship” with the show.

Speaking on the OYC podcast in July 2017, Munck said: “Maybe one day I'll have a better relationship with it, and who knows, I'll come back.”

Despite Munck and McCurdy's absence, there will be some new faces in the cast of iCarly.