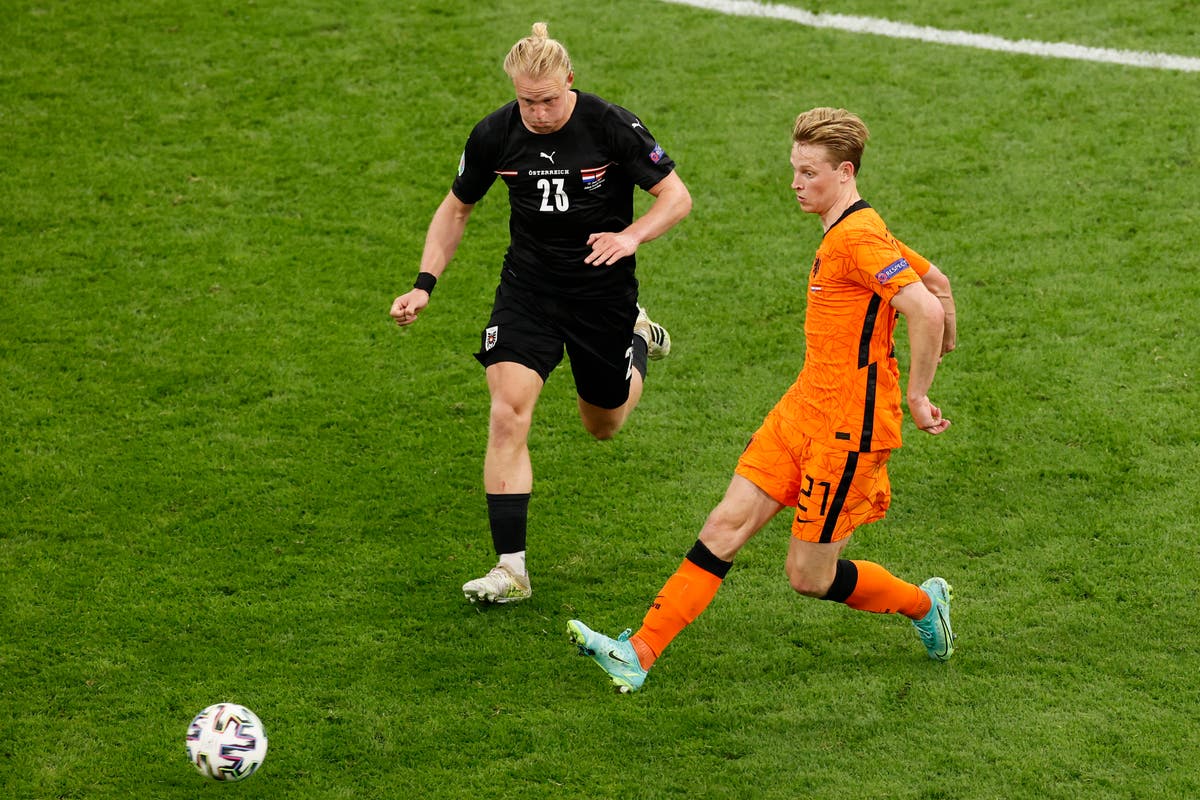 The Netherlands secured their spot in the last 16 of Euro 2020 with a 2-0 win over Austria.

Star forward Memphis Depay opened the scoring after David Alaba fouled Denzel Dumfries in the box for a penalty.

Despite having the upper hand and many chances, the Netherlands couldn’t net another in the first half and heading into the break the game stood at 1-0.

Austria came out in the second half in better form but they couldn’t create the chances they needed to equalise – and the Netherlands punished their lack of composure as Dumfries slotted home their second to seal the win.

Here are all the players ratings from Thursday night’s fixture.

The keeper wasn’t tested a lot in the match but he smothered the Austrian corners to stop them growing into the game.

He seemed to be in every position he needed to be and his pressure led Alaba to foul him which gave them the penalty. He also made a great run which put him in a perfect place to score the second goal.

De Vrij put in a solid performance, putting pressure on the Austrian forwards and stuck to them to halt attacking play.

De Ligt put in good challenges and had a great first game in the Euros after missing out on the opener through injury. He hobbled in the latter stages with what looked like cramp; hopefully it’s nothing more than that.

Blind is always a name you expect to see in the Netherlands side and he displayed exactly why with a solid performance for his team, subbed off too early to be rated higher.

Van Aanholt did what his team needed him to and he put in a huge delivery to create a chance that was wasted by Depay.

Solid performance but he was given a yellow card for challenge.

Leadership was controlled and inspired and he was involved in the majority of the chances the Netherlands created.

A talisman for his team with good runs, great in all areas of the pitch and did exceptionally well to dispossess Ulmer in the final third.

Weghorst was great at suffocating the ball. He didn’t take opportunity to score in first half but he almost scored in the second and would’ve if it weren’t for Bachmann’s spectacular save.

The star forward scored the penalty and his technique was pinpoint but he did waste an opportunity in the first half.

The keeper did well to gather an attempt by De Jong, made a great save with De Ligt’s shot and while the penalty was scored he did what he could to save it.

Inaccuracy and lack of precision was at the heart of his performance, which was shared by the majority of his teammates.

Dragovic, along with the back three, played way too high which allowed the Netherlands’ forwards to get the ball in front of goal.

Hinteregger grew into the match and he had Austria’s best shot of the first half, maybe the most threatening player for his team especially in the first 45.

Ulmer did some good work early in the first half, including a nutmeg by the box, but he wasted a good position by putting too much weight on his cross into the box.

Hardly mentioned throughout the match and while he did grow into the second half he couldn’t make the impact his manager would want.

Schlager did well in the midfield to get his side in a good position and arguably was Austria’s best player in the match.

Laimer had an average match but he closed off Depay perfectly to suffocate an attack from the star.

The skipper couldn’t do enough to silence Depay’s threat and his challenge on Dumfries led to a yellow card and penalty. Late attempt at goal went just wide.

Gregoritsch put in a cheap foul in the first half. Couldn’t get into the match as he wasn’t fed any service.

Hardly mentioned throughout the match and his performance was thoroughly average.

Memphis Depay hits back at Manchester United critics over Rolls