Euro 2020 kicks off this week as Turkey take on Italy in the first fixture of the tournament out in Rome on Friday night.

The tournament, of course, gets underway a year late owing to the coronavirus pandemic, however excitement has steadily bubbled away in the build-up to this week's curtain-raiser.

Wales open their tournament on Saturday against Switzerland out in Baku as the competition takes in 11 cities from across the continent.

Here are the host venues for the next four weeks of fixtures:

The tournament is being hosted in 11 different cities this time to celebrate the 60th birthday of the competition, which was due to be last year.

Michel Platini thought the idea up back in 2012, labelling it a “romantic” one-off event which would both celebrate a pan-continental tournament while not placing the sometimes onerous burden on just one country to host it.

The tournament is made up of six groups of four teams, as follows:

Where are Wales' Euros games being played?

Wales have initially set up base in Baku, Azerbaijan, where their first two group matches against Switzerland and Turkey are being held.

It's then on to Rome for the final match against Italy.

If Robert Page's men top their group they will face the runners-up from Group C – a group that contains the Netherlands, Ukraine, Austria and North Macedonia at Wembley before a potential quarter-final in Munich.

A second-place finish would mean they player the runners-up from Group B – consisting of Denmark, Finland, Belgium and Russia in Amsterdam before a potential quarter-final back in Baku.

Where are England's Euros games being played

Such is the slightly strange nature of the tournament, England will play all three of their group games at their Wembley home.

Should they top their group, they would return to Wembley to play the runners-up of the daunting Group F – a group that contains France, Portugal, Germany and Hungary – the winner would then play their quarter-final in Rome.

If England finish second they will face the runners-up from Group E – which contains Spain, Sweden, Poland and Slovakia, with a quarter-final in St Petersburg awaiting the winner of that tie.

The semi-finals and final are also being played at Wembley, so it's not far off being a home tournament for England if they go far.

Where are Scotland's Euros games being played?

Scotland have two home matches in the group, with the other being that trip to Wembley on June 18.

Scotland's potential scenarios are the same as England's – topping the group would mean they play a last-16 against the runners-up of Group F at Wembley before a potential quarter-final at the Stadio Olimpico in Rome.

Finishing second would then bring about a trip to Copenhagen against the second-placed team in Group E before a potential quarter-final in St Petersburg. 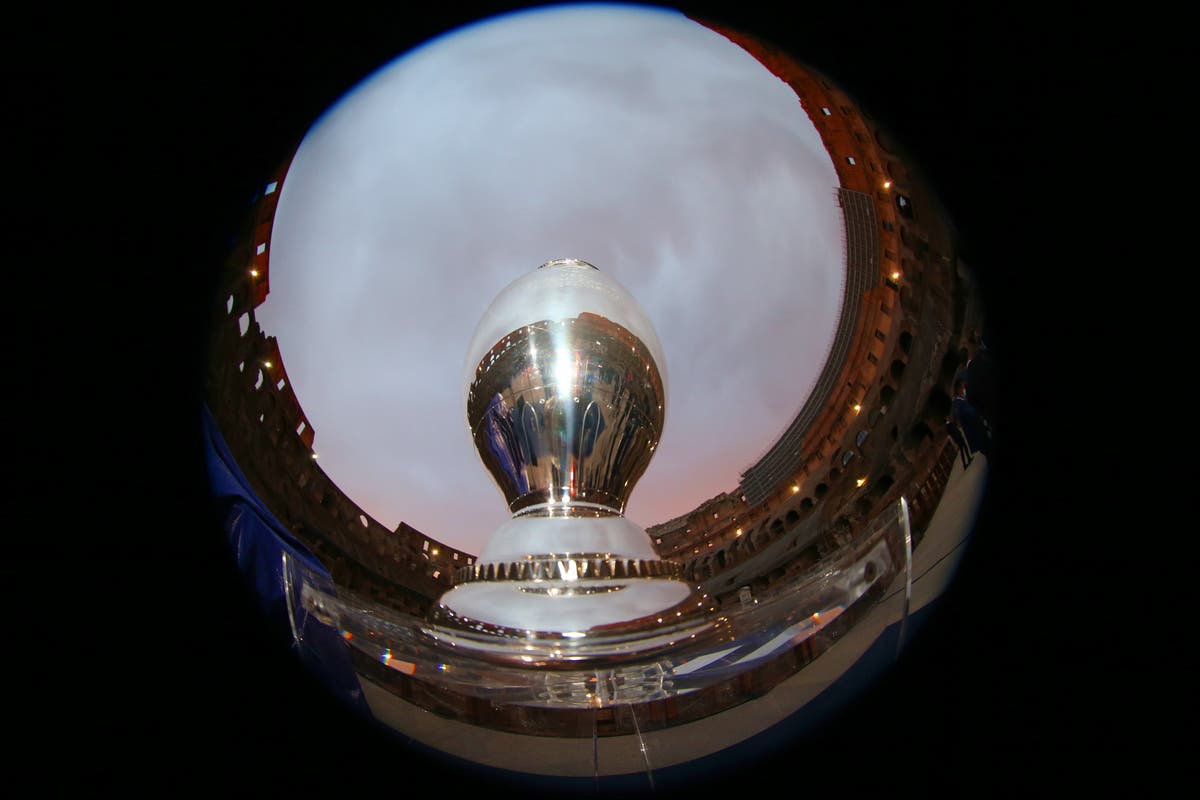 uro 2020 finally kicks off today, a year later than planned due to the ongoing coronavirus pandemic.

Celebrating 60 years of the tournament, it will be played across the continent as 11 host cities welcome 24 teams for 51 matches over 31 days.

The action begins tonight in Rome as Italy entertain Turkey. But first, the opening ceremony.

Here’s all the information you need to tune in…

The opening ceremony takes place on Friday, June 11 at Rome’s Stadio Olimpico ahead of the tournament’s first game.

With kick-off between Italy and Turkey scheduled for 8pm BST, the opening ceremony is expected to start around 20 minutes beforehand.

Andrea Bocelli will sing Nessun Dorma, just as he did alongside Claudio Ranieri at Leicester’s Premier League title celebration in 2015.

The Italian tenor will perform the song many still associate with Italia 90, when it was sung by Luciano Pavarotti.

The opening ceremony in Rome includes a virtual performance from Martin Garrix, Bono and The Edge of the official song of the tournament — We Are The People.

There will be a fly-past from Frecce Tricolori, the aerobatic demonstration wing of the Italian Air Force, while Italian football legends Francesco Totti and Alessandro Nesta will also kick balls into the stands to mark the return of supporters in Italy for the first time since March 2020, with 16,000 fans being allowed to attend.

TV channel: You can watch the opening ceremony on BBC One during coverage of the tournament’s first game, which begins tonight at 7pm BST.

Live stream: UK viewers will be about to stream the opening ceremony, and first game, for FREE via BBC iPlayer.

Golden Knights series comeback against Avalanche is one for the