Suns Countdown to playoffs For return to postseason long time

“It's been a long time coming.” – Devin Booker

So have their fans.

It's been a little more than a decade since the Suns were part of the NBA playoffs. That's when they made a run to the 2010 Western Conference finals before falling to the late, great Kobe Bryant and eventual back-to-back NBA champion Los Angeles Lakers.

Eleven years later, the Suns are heading back to the postseason.

They're ready. So are their fans.

And so are we.

The Arizona Republic and azcentral.com are riding along with you on this return to the postseason.

Let the countdown begin to the NBA playoffs, which get underway on May 22. Here is what you can look forward to this month in our coverage as we follow the Phoenix Suns into the post-season:

Revisit teams and playoffs past.

Can Phoenix return to the finals for the first time since Sir Charles in 1993?

We'll take a closer look at Booker. The franchise's highest-paid player ever endured five losing seasons. Now a two-time All-Star, the more seasoned Booker is primed and ready to erupt on the playoff stage for the first time.

And Chris Paul. The Suns swung a major trade to acquire the 35-year-old in his 16th NBA season. In return, “Point God” has blessed them with leadership, precision, focus, clutch shot/playing making – and become an NBA MVP candidate.

Talk Deandre Ayton. The top overall pick in 2018 isn't Luke Doncic. He's not putting up huge numbers, but the talented big man is impacting games in ways his teammates so value and appreciate.

And that's just the beginning.

Talk Monty Williams. Getting a second chance to lead a program, Williams established a culture that's now the foundation for Phoenix having the second-best record in the NBA two years removed from winning just 19 games the year before he arrived.

How 15 players bond as one to have the city lit for the Suns again?

Track how they're trending going into the playoffs.

Will Williams finally rest players, particularly the stubborn Paul who will turn 36 next week, but wants to play all the time like he's 10 years younger?

Will this season be a disappointment if it ends in the first round?

Will we witness one of the most unprecedented seasons in NBA history end with the Suns rising to the top among the super giants in Brooklyn, Los Angeles, Salt Lake City, Philadelphia, Milwaukee and Denver.

Whatever happens, we'll be there the whole way. 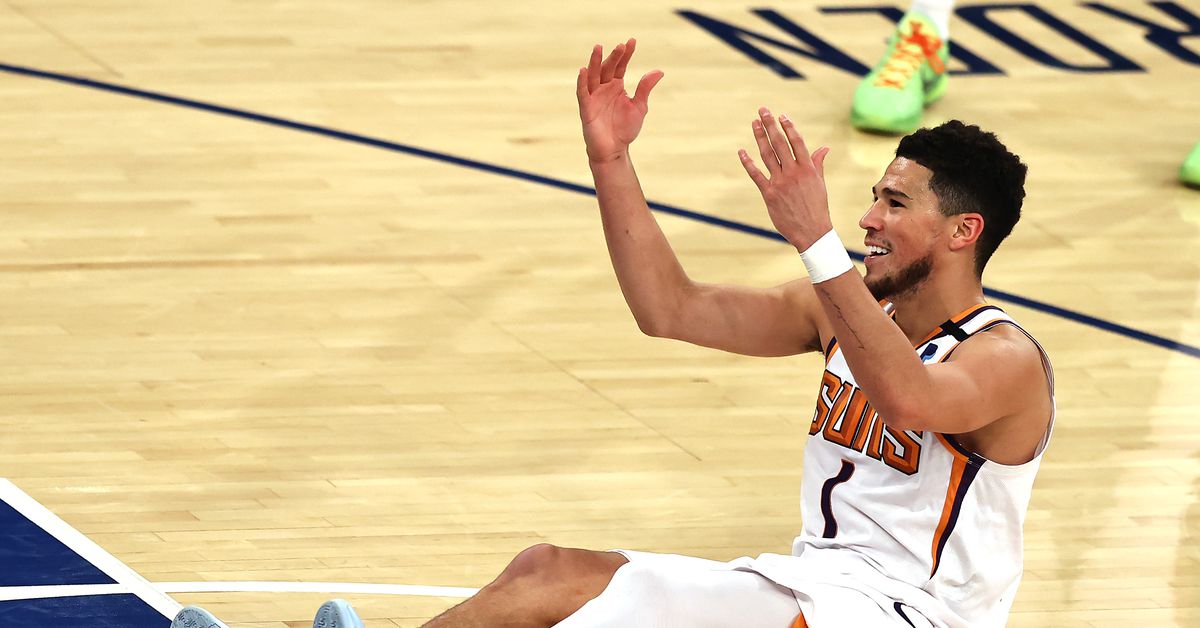 Countdown to playoffs: For Suns, return to post-season 'long time … Sat, 01 May 2021 09:00:00 -0700-This is it. Your last stop before the 'ole Griswold family truckster pulls into our final destination: the 2021 NBA Playoffs. It has been a long journey through this …

This is it. Your last stop before the ‘ole Griswold family truckster pulls into our final destination: the 2021 NBA Playoffs.

It has been a long journey through this muted NBA season; one that begin with the over/under for Phoenix Suns wins being set at 38.5. Phoenix has defied the critics and the oddsmakers, winning 71.4% of their games though the first 63 games of the 72-game season.

We’ve analyzed the journey together, breaking the season down into 10 periods and focusing on winning each of those stretches, seven games at a time. Through 9 periods of such analysis, here is how the Phoenix Suns have fared:

When you look at how they have performed, it is no wonder that they finished the 9th period atop the NBA with a 45-18 record following a 21-point victory over the Utah Jazz. The common theme that has equated to success all season long? Defense. The Suns are a team that never quits on the defensive end.

And what does defense do?

That last stretch of the season was the toughest, especially considering that entering the period the opposition combined for a .640 winning percentage. The top teams in the East. The top team in the West. And the Suns came out above .500.

You can’t help being excited about this team.

The Suns carry the second best record in the league against teams that are above .500 —24-9 (.727). Think back to the 7SOL Suns. The Steve Nash-lead Suns were fantastic and used to destroy the lesser teams. They would, however, struggle at times against the top-tiered competition, which would make you worry come playoff time. Here were their records against teams above .500:

Are those horrible numbers? By no means. The 7SOL Suns were continually one of the best teams in the NBA. They revolutionized the league. They just made me nervous come playoff time because I didn’t have confidence that they could beat the good teams. They proved me right.

The 2020-21 Suns, however, have been better against the best and it creates a confidence that I know I have not felt before. They can close games. They can play defense. They can win, as they displayed during the treacherous Period 9 stretch of the schedule.

The results of the last seven with pre-game odds (via FiveThirtyEight.com):

FiveThirtyEight’s odds had the Suns posting a 3-4 record during Period 9. Once again, Phoenix looks at the odds, chuckles, and brashly defies them.

How did the Bright Siders fare in predicting Period 9?

The 4 who voted 0-7? These are the same knuckleheads who join the live-stream during the Suns JAM Session Podcast and try to stir the pot. We love ya.

Every period to this point has been through the lens of seven games. With 9 left to play, and the end goal being 10 periods of analyzation, we will look at the final 9.

Here is the upcoming schedule for Phoenix:

The Suns will end the season as road warriors; seven games will take place away from Phoenix Suns Arena. That is just fine as the Suns have the best road record in the league and are the only team without double-digit losses away from home (20-9).

Phoenix is a combined 10-2 against the teams they play in Period 10, having only lost to the Thunder (102-97 on January 27) and the Spurs (111-85 on April 17). The stretch features two back-to-backs: one that begins in Cleveland and ends the next night on Cinco de Mayo in Atlanta, the second ends the season in San Antonio against the Spurs.

How does FiveThirtyEight see the next seven playing out?

What makes the end of the season schedule intriguing is how it will effect the playoff seeding. I’ve made my case for the #2 seed but truthfully, with so many games left on the schedule, it is hard to foresee where the ideal foe the spot to land is. Focus on winning. Everything else will take care of itself.

Every team left on the schedule can be frisky if you are not careful. While I would like to see the Suns manage their minutes with rest in mind, you do not want to sacrifice momentum and continuity to do so. Blow out wins would be nice as they provide the opportunity for rest. But you can’t bank on that.

Given the upcoming schedule, how do you think the Suns will finish the 2020-21 campaign?